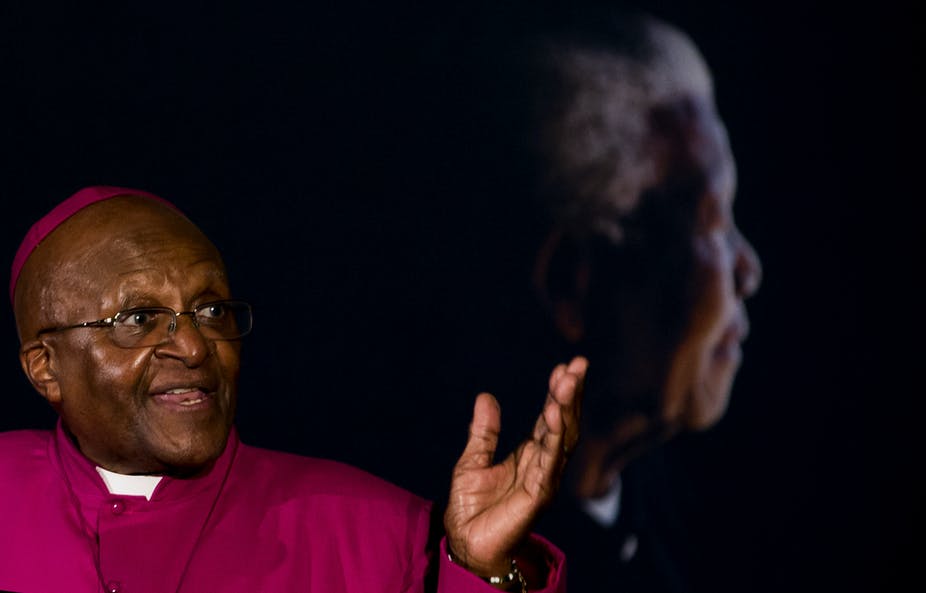 South African anti-apartheid icon Archbishop Desmond Tutu, described as the country’s moral compass, died on Sunday at the age of 90.

The demise of the hero has sparked an outpouring of tributes for the outspoken Nobel Peace Prize winner.

The small-statured Tutu, who had largely faded from public life in recent years, was remembered for his easy humour and characteristic smile — and above all his tireless fight against injustices of all colours.

South Africa’s President Cyril Ramaphosa honoured this fight in a tribute to Tutu, announcing the archbishop’s death on Sunday.

“The passing of Archbishop Emeritus Desmond Tutu is another chapter of bereavement in our nation’s farewell to a generation of outstanding South Africans who have bequeathed us a liberated South Africa,” he said in a statement.

“Desmond Tutu was a patriot without equal; a leader of principle and pragmatism who gave meaning to the biblical insight that faith without works is dead,” he said.

“A man of extraordinary intellect, integrity and invincibility against the forces of apartheid, he was also tender and vulnerable in his compassion for those who had suffered oppression, injustice and violence under apartheid, and oppressed and downtrodden people around the world.”

Mourners gathered outside his former parish in Cape Town, St George’s Cathedral, while others massed at his home, some holding flower bouquets, according to an AFP journalist.

A tireless activist, Tutu won the Nobel Peace Prize in 1984 for combatting white minority rule in his country.

Famously outspoken, even after the fall of the racist apartheid regime, Tutu never shied away from confronting South Africa’s shortcomings or injustices.

It was Tutu who coined and popularised the term “Rainbow Nation” to describe South Africa when Nelson Mandela became the country’s first black president.

However, in recent years, Tutu slammed even the ruling African National Congress (ANC) — the vanguard of the fight against white-minority rule — for cronyism and nepotism after apartheid ended in 1994.

In the past, he has confronted homophobia in the Anglican Church, challenged Mandela over-generous salaries for cabinet ministers and stridently criticised the corruption that mushroomed under ex-president Jacob Zuma.

Ordained at the age of 30 and appointed archbishop in 1986, he used his position to advocate for international sanctions against apartheid, and later to lobby for rights globally.

Tutu was diagnosed with prostate cancer in 1997 and underwent repeated treatment.

His public appearances become increasingly scarce, and in one of his last this year, he emerged from hospital in a wheelchair to get a Covid vaccine, waving but not offering comment.

He retired in 1996 to lead a harrowing journey into South Africa’s brutal past, as head of the Truth and Reconciliation Commission.

For 30 months, the commission lifted the lid on the horrors of apartheid.

Tutu, with his instinctive humanity, broke down and sobbed at one of its first hearings.

“He articulated the universal outrage at the ravages of apartheid and touchingly and profoundly demonstrated the depth of meaning of ubuntu, reconciliation and forgiveness,” Ramaphosa said.

The Nelson Mandela Foundation called Tutu “an extraordinary human being. A thinker. A leader. A shepherd.”

“He was larger than life, and for so many in South Africa and around the world his life has been a blessing,” it said in a statement.

Tutu was born in the small town of Klerksdorp, west of Johannesburg, on October 7, 1931, to a domestic worker and a school teacher.

He trained as a teacher before anger at the inferior education system set up for black children prompted him to become a priest.

He lived for a while in Britain, where, he recalled, he would needlessly ask for directions just to be called “Sir” by a white policeman.

Tutu relentlessly challenged the status quo on issues like race, homosexuality and religious doctrine and gave his pioneering support for the assisted dying movement.

And he didn’t shy away from his own end.

“I have prepared for my death and have made it clear that I do not wish to be kept alive at all costs,” he said in an opinion piece in The Washington Post in 2016.

“I hope I am treated with compassion and allowed to pass on to the next phase of life’s journey in the manner of my choice.”