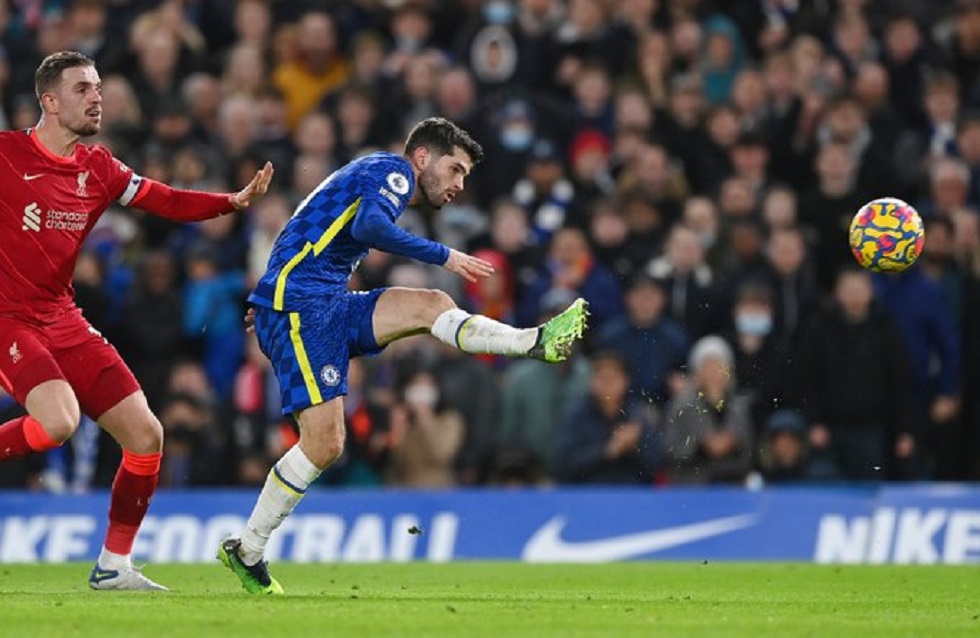 Chelsea came from 2-0 down to earn a point from a pulsating 2-2 draw with Liverpool on Sunday that does little for either side’s hopes of catching Manchester City at the top of the Premier League.

City’s lead now stands at 10 points from Chelsea with Liverpool a point further back, albeit with a game in hand.

Liverpool boss Jurgen Klopp was absent along with three key players due to positive coronavirus cases, but the Reds still raced into a two-goal lead thanks to parting gifts from Sadio Mane and Mohamed Salah before they head off to the Africa Cup of Nations.

Chelsea boss Thomas Tuchel made the bold call to drop record signing Romelu Lukaku after the Belgium attacker went public with his displeasure at being used sparingly by the German.

The Blues still had the firepower to fight back before halftime thanks to Mateo Kovacic’s stunning strike and Christian Pulisic.

But Chelsea have now won just one of their last five league games, while Liverpool have taken just two points from their last three matches to allow City to streak towards a fourth title in five seasons.

A thrilling 90 minutes that raged from end to end from the first whistle took just six seconds to explode into life when Mane was lucky to escape with just a yellow card for the use of an elbow on Cesar Azpilicueta.

However, Alisson’s understudy Caoimhin Kelleher proved his worth by saving an early one-on-one with Pulisic.

Chelsea’s frustration at Mane’s reprieve was only heightened when the Senegalese took advantage of Trevoh Chalobah’s error to round international teammate Edouard Mendy and smash home his first goal in 10 games.

Liverpool will now have to cope without their two top goalscorers for up to a month with Salah and Mane headed to Cameroon on international duty.

The return of standing to English top-flight football for the first time in 26 years as part of a trial contributed to a fervent atmosphere with full crowds still permitted despite record levels of Covid-19 infections in England.