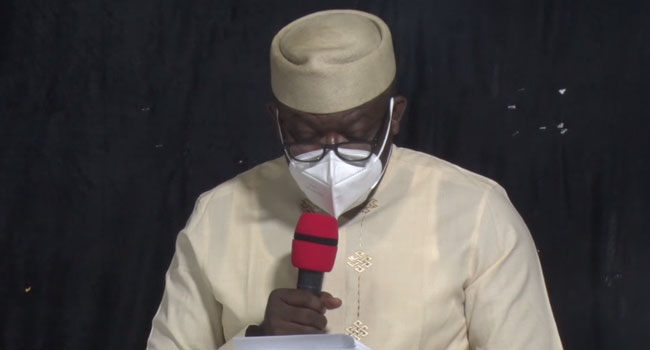 Gov. Kayode Fayemi of Ekiti has described the late Alhaji Bashir Tofa, Presidential Candidate of the defunct National Republican Convention (NRC) in the 1993 election, as a vibrant and dynamic politician.

Fayemi, in a statement issued by his Chief Press Secretary, Mr Yinka Oyebode, on Monday in Ado-Ekiti, said that the death of late politician was a national loss.

He noted that Tofa’s ultimate desire was to see a new Nigeria that would serve the good of the masses.

The governor said that the deceased held political belief and ideology which made him a democrat and elder statesman.

”The deceased’s contributions to the democratic experience in Nigeria cannot be forgotten,” he said.

Fayemi further said that the late politician and philanthropist was a man of honour and integrity who always spoke against societal ills.

He noted that Tofa positively impacted the lives of many people, especially the less-privileged, adding that he would be sorely missed for his generosity of spirit and charitable deeds.

“Alhaji Bashir Tofa was a leader who had passion for the people and was always ready to sacrifice anything to ensure a society where government is accountable to the people.”

“We shall miss his amiable personality and sundry contributions to nation building.”