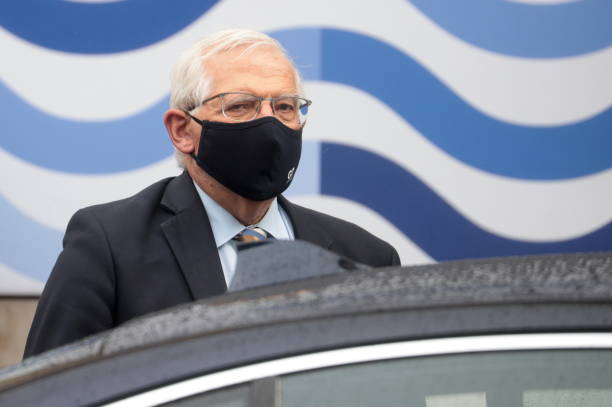 Any provocation or aggression against Ukraine would have serious consequences, European Union (EU) foreign affairs chief, Josep Borrell, said in a message in Moscow.

Borrell said this ahead of a meeting with Ukrainian officials on Wednesday.

“The EU is Ukraine’s closest partner and we fully support Ukraine’s territorial integrity and sovereignty,” the top EU diplomat said in an interview with Polish news agency PAP.

During his visit, Borrell would meet with Ukrainian officials including Foreign Minister, Dmytro Kuleba, in Kiev and in eastern Ukraine.

Borrell’s efforts were part of an international push to calm a brewing crisis at the Ukrainian border.

For weeks, the West has been concerned about reports that Russia has massed tens of thousands of soldiers in areas not far from Ukraine, triggering fears of a Russian invasion.

Russia rejected the charge, and in turn, accused Ukraine of having moved more soldiers to the eastern areas held by pro-Russian separatists.

The developments recalled the events of 2014 when Russia annexed Ukraine, the Crimean Peninsula and began its ongoing support for separatists in eastern Ukraine.

Talks between the United States and Russia were to be conducted in Geneva on Monday.

6 die in al-Shabab attack in Kenya