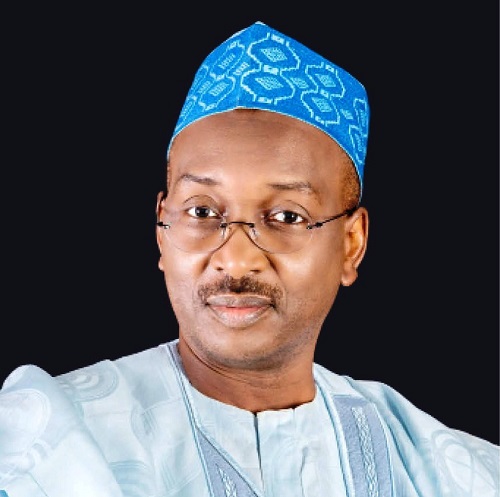 Lukman said this on Tuesday in Abuja, at an APC Stakeholders Summit organised by the APC Rebirth Group with the theme “Rebuilding the APC of our Dreams”.

He stressed the need for the party to elect sincere leaders that would uphold the trust that would be invested in them at the February National Convention of the party.

The PGF DG who was the keynote speaker at the event, added that such leaders should be able to respect decisions taken at meetings by the party`s organs and critical stakeholders.

He blamed the challenges confronting the party on lack of implementation of some of the decisions taken by stakeholders.

Lukman said that the party does not require leaders who would claim to know better than those who took decisions at meetings, saying that that was the problem facing the party.

According to him, it amounts to disrespect when a leader who is suppose to implement a decision jointly taken refused to do so.

“If there is a decision, leaders should implement such decisions very faithfully; we don’t want leaders that will claim to know better than people who took a decision.

“That is the problem we are having in the party now, when decisions are taken that does not suit leaders, they try to manipulate such decisions and ensure that such decisions were not implemented.

“That is why we are where we are, a decision is clearly taken that Feb. 5, will be the date for the party`s National Convention and somebody will sit down and he is manipulating.

“We cannot have a political party that disrespects decisions,’’ he said.

Lukman said rather than struggling to hold its national convention; the APC should begin to think of how to manage the process that would produce cits andidates for the 2023 general elections.

He said the danger signal was that the party may end up having a convention that would not necessarily guarantee that it would have healthy primaries for the 2023 poll.

Lukman advised that there was need for the party`s leadership to get back to the base and ensure that meetings were held regularly.

“We must appeal to ourselves and to our leaders; I don’t think it is difficult for our leaders to get back to the mode of 2012 and 2013 when they made all the sacrifices that produced the APC,’’ he said.

Lukman said that the 2014, national convention of the party had lesser number of chairmanship aspirants than the upcoming February convention.

“By the last count, I counted about nine aspirants and by yesterday morning, I saw another person, making ten and it is possible that more aspirants will join the race.

“In 2014, we didn’t have that situation because meetings were taking place so leaders were able to consult and engage each other and were able to moderate the actions of everybody in the party.

“Unfortunately here we are, largely because leaders have become over confident and meetings are hardly taken place, so even the excesses of some of the leaders within the Caretaker Committee is difficult to curtail,’’ he said.

He, therefore, appealed to leaders of the party to cultivate the habit of holding meetings as at when due, noting that even if there was disagreement at such meetings, there would be agreement at the end.

“My argument had always been to set up a meeting and allow disagreements to play out, and there is every possibility that there will be an agreement at the end of the meeting,’’ Lukman said.

Alhaji Aliyu Audu, convener of the summit, said though it had not been easy being a member of the APC, his group would remain in the APC and keep working and believing in the party.

“Truth be told, we have more than enough reasons to lose hope in the party, but when this happens, one or two of us have reasons to ginger us back,’’ he said.

He said the desire of the group was to ensure that the APC was not just a vehicle to attain political power, but a truly political institution for the realisation of our political and individual collective aspirations.

He said haven being in the APC since its formation, the group had committed so much to the party, including resources and were not ready to defect to other parties.