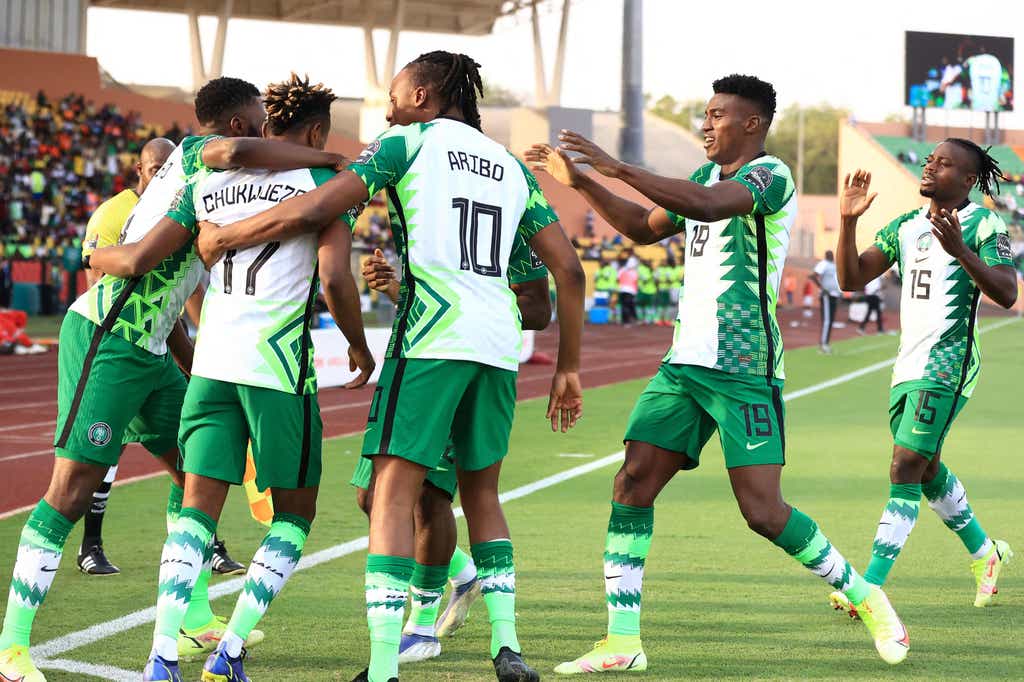 The Super Eagles of Nigeria on Wednesday remained the only country with 100 per cent record after beating the Guinea-Bissau 2-0 at the ongoing African Cup of Nations (AFCON) in Cameroon.

The result, secured by second-half goals from Umar Sadiq and William Troost-Ekong, sees the Super Eagles top the group with a full haul of three wins (the only team in the competition to do so) and underline their status as one of the outright favourites for the title.

The African Wild Dogs, meanwhile, finished bottom of the log and have been eliminated from the Afcon.

With top spot assured before the match even kicked off, Nigeria coach Augustine Eguavoen opted to make several changes to his starting XI, resting the likes of Samuel Chukwueze, Moses Simon, Taiwo Awoniyi and Joe Aribo. They enjoyed most of the possession early on, but Guinea-Bissau had the first real threat on goal.

The African Wild Dogs saw striker Mama Balde brush past defender Semi Ajayi on 10 minutes and almost latch onto a loose ball in the penalty area, but Nigeria goalkeeper Francis Uzoho came off his line and bravely smothered the ball at the attacker’s feet.

The Super Eagles should have claimed the lead on 15 minutes through Ajayi, who rose highest to get on the end of Kelechi Nwakali’s free kick delivery, but the centre-back failed to keep his header down with the goal gaping.

Ten minutes later Nigeria cut open their opponent’s defence and Umar Sadiq almost succeeded in rounding goalkeeper Maurice Gomis, but he was unable to get a shot away under pressure from two recovering defenders.

Guinea-Bissau gradually found some attacking rhythm and created some pressure in the dying minutes of the first half, notably threatening through Jorginho just before the break, with the forward striking a volley through a crowd of players and just wide of Uzuho’s left-hand upright.

Nigeria were the dominant force after the restart and claimed a deserved lead on 56 minutes.

Wilfred Ndidi put Kelechi Iheanacho into space and the forward provided a beautiful low cross with the outside of his left foot which curved away from the grasp of Gomis but allowed Sadiq an easy finish at the far post for 1-0.

Guinea-Bissau nearly levelled the game a short while later through Fali Cande, whose shot direct from a free-kick took a deflection off the wall and flashed just wide of the target.

Nigeria claimed a second goal on 75 minutes when a sensational solo effort from substitute Moses Simon rebounded off the underside of the crossbar and was turned home at close range by William Troost-Ekong. The defender’s celebrations were initially cut short by the offside flag, but a VAR review overturned the decision and saw the Super Eagles go 2-0 up.

Messi not in Argentina squad for upcoming World Cup qualifiers