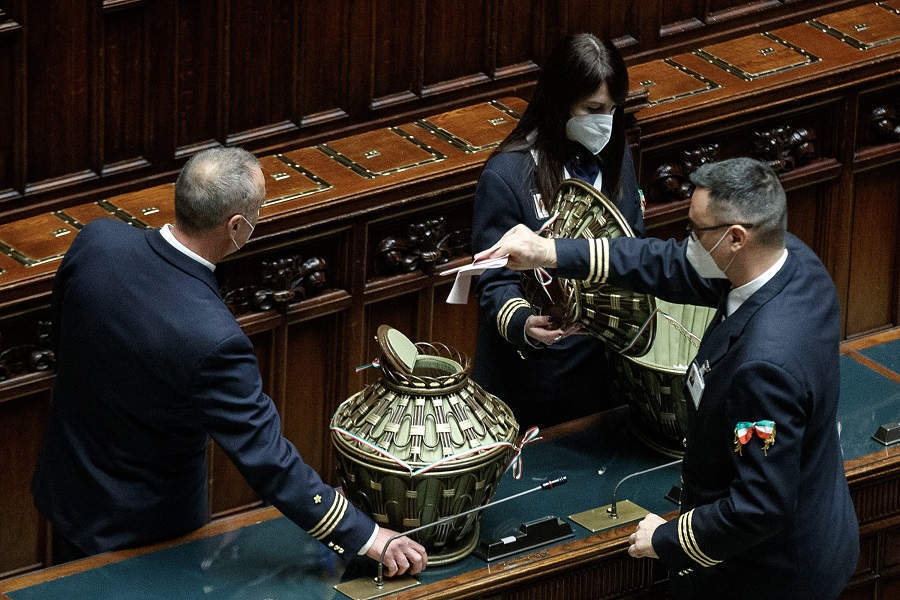 Italy’s search for a new president has no end in sight, with no winner in place despite electors opting to boost their activity to two votes a day.

They were the fifth and sixth rounds of voting amid an effort ongoing since Monday to find a replacement for President Sergio Mattarella.

Maria Elisabetta Casellati, a confidant of former prime minister Silvio Berlusconi and incumbent president of the Senate, received the most votes in the fifth round 382 of the 1,009 parliamentarians and regional representatives backed her.

However, she was far off the absolute majority of 505 votes required to become Italy’s first female president.

The right-wing Lega of former Interior Minister Matteo Salvini and Berlusconi’s Forza Italia were among the parties that had leant their support to Casellati, prior to the ballot.

Of the 530 votes cast, 46 went to the incumbent Mattarella.

However, he is not thought to be seeking a second term in office.

The sixth round provided even less clarity, with 336 votes for Mattarella, 445 abstentions and 106 blank ballots.

The leader of the radical right-wing Fratelli d’Italia complained that it was impossible to decide anything in the Italian parliament, arguing that the people of Italy should directly elect their head of state.

The secret balloting and intense back-room negotiations to elect Italy’s president started on Monday but no progress has been made, even after the threshold for a win was lowered to a simple majority from the two-thirds needed in the initial rounds.

However, after Friday’s rounds, leaders of the centre-left Social Democrats, the League and the anti-establishment Five-Star Movement – which control a substantial portion of the votes between them – met for talks.

Afterwards, League boss, Matteo Salvini, told journalists about a “capable woman” for the job without giving a name.

Giuseppe Conte of the Five-Star Movement also spoke of a woman as president.

The president’s seven-year term is mostly filled with ceremonial matters.

The job at times can wield big power, including by halting legislation, dissolving parliament and thus initiating new elections and approving or preventing the appointment of ministers.