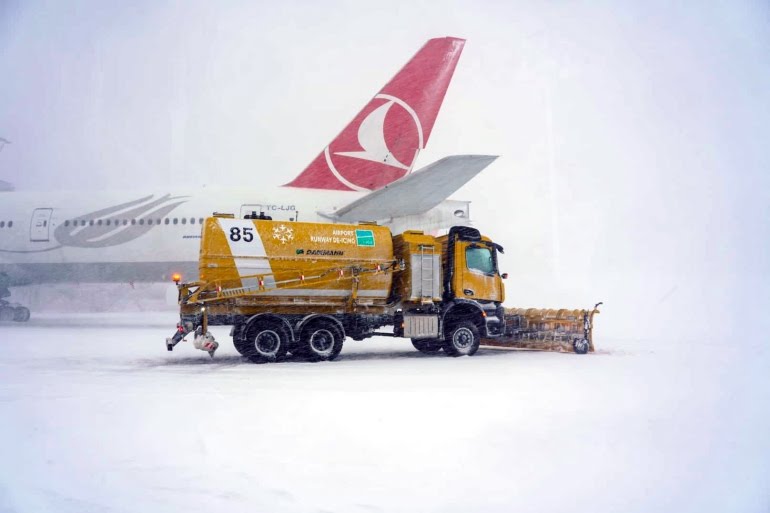 Two of the three runways at the airport have been completely cleared of snow.

The firm expects to resume operations at full capacity later on Wednesday, an IGA spokesperson said.

No more flight cancellations are expected but passengers are still advised to contact their airline prior to departure, the official added.

National flag carrier, Turkish Airlines, also advised travellers at the smaller Sabiha Gokcen Airport on the Asian side of the city to contact their fliers before departure.

Istanbul Airport – a major international hub – was temporarily closed on Monday due to a snowstorm.

Numerous passengers were stranded and had to spend the night in the terminal.

Some social media users shared images of travellers sleeping on the floor and protesting to ask for a hotel room.

Hundreds of passengers were stranded and some even slept on luggage belts, local media, including Sozcu daily reported.

The airport, which went into operation in 2019, hosted 37 million passengers in 2021 for 269 destinations from the Middle East to the Americas.

Snowfall is expected to lessen in the city of 16 million but the weather agency warned against icing, frost and low visibility as well as heavy snowfall for the rest of the Anatolian heartland.

Despite two votes in one day, Italy still without new president