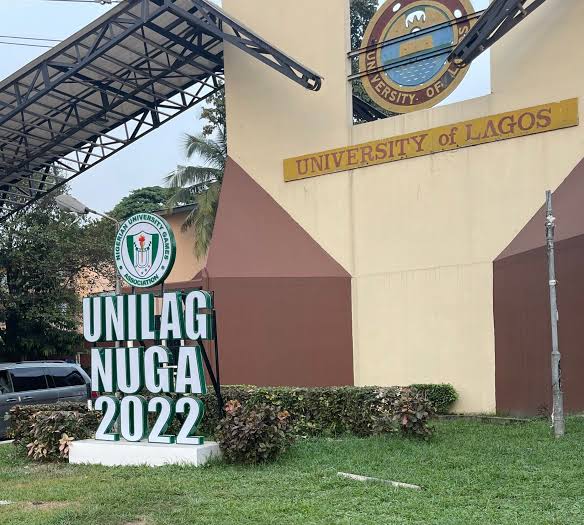 Adetu, Chief Executive Officer, First Primus Ogilvy and Algorithm, made the assertion on Thursday at the University of Lagos (UNILAG), where he gave one million Naira to its management as part of the organisation’s contributions to the success of the forthcoming NUGA.

He said that assistance to a community in any form would improve the lot of such a community and ultimately enrich humanity.

According to him, somehow, the good gesture would have a way of returning to the actor.

Our correspondent reports that UNILAG is set to host the 26th edition of NUGA scheduled to begin in March.

A total of 136 universities with over 10,000 athletes are expected to participate in various sporting activities during the games.

According to Adetu, it is only through such support and commitment that the world can move forward.

“We are here firstly in furtherance of our partnership with the University of Lagos.”

“We have an ongoing relationship with this institution and, today, we are here to confirm the fulfillment of the commitment that we made to the institution’s management under the leadership of Prof. Oluwatoyin Ogundipe.”

”About three months ago, we pledged that every year, for the next three years, we will be employing three top graduates of Mass Communication Department of this university.”

“Today, we have come with the three that have just been employed,” he said.

Adetu said that the new employees started in February.

“Next year too, God willing, we are going to repeat same.”

“None of these three graduates made less than 4.3 Cumulative Grade Point Average (CGPA).”

“We had about 10 of them sent to us by the university management and we took them through our own screening process, and the best out of those 10 persons are eventually the ones we have employed,” he said.”

According to him, the second reason for the visit is to demonstrate the organisation’s support for the management toward hosting of the forthcoming NUGA, by making a donation of one million Naira.

He said that the gesture was because of the organisation’s love for the institution and in appreciation of the satisfactory performance of the management.

“My message, therefore, to other corporate organisations is simple: Doing good is good.”

“As you can see, we have come here today to do our bid, enrich the community,” he said.

He urged that corporate organisations should always think of where and how they would add value.

Adetu urged public-spirited Nigerians to rally round UNILAG in its bid to stage the best NUGA ever.

On the level of preparation for the games, the Vice-Chancellor of the institution, Ogundipe, said that the local organising committee of the NUGA was leaving no stone unturned to ensure a successful event.

“At the moment, we want to beat set standards. We want to go beyond the level that other universities that had hosted this games in the past, showcased.”

“I want to also assure that in the next 10 days, everything will be set, we will go past the records of other universities in organising the games.”

“At present, we are having an Olympic-sized swimming pool with electronic timing, and the Cricket field is one of the best.”

“We are also coming up with tartan track and all other facilities that will be needed for the games. We are not leaving any stone unturned,” Ogundipe said.

“We are impressed with what they have done so far.”

“The same goes for the state governor, who is committed to the games. His counterparts in Akwa Ibom and Oyo have also shown interest and commitment to the success of the games.”

“The vice-president, the speaker of the House of Representatives and the aforementioned governors, are all alumni of this university,” he said.

Ogundipe said that traditional rulers, including the Oniru of Iru Land and the Elegushi of Ikate, had declared also interest in the games.

“They have also declared interest in hosting athletes from the various universities that would be participating in the games, whenever they come around.”

“They would want to take them to the beach for them to see and feel the cultural aspect of the state.”

“What we want is a mix of education and culture; we want to bring in the cultural aspect of Lagos into focus.”

The vice-chancellor thanked Algorithm for employing three of the best graduating students of UNILAG.

“It is very encouraging and fulfilling, especially for somebody like me, to see this during my tenure,” he said.

Ogundipe also thanked the organisation for its support for NUGA.

Ogundipe gave the assurance that the games would not be affected by the strike by members of the Academic Staff Union of Universities since it would not be an academic affair.

“It is a sporting activity meant for students,” he said.

One of the three newly-employed graduates, Ifunanya Orji, said that working with Algorithm was her first professional work experience, describing the opportunity as a rare privilege.

“I graduated with a CGPA of 4.38 from Mass Communication Department of this university.”

“I have been longing to work in a complete professional environment, having done a lot of voluntary jobs, picking children from the streets of Ijesha; so, when they called, I felt elated as it was an opportunity for me to showcase what I have.”

“I want to say a big thank you to Mr Adetu and the Vice-Chancellor of this great institution, Prof. Oluwatoyin Ogundipe, for this great opportunity.”

“I want to seize this opportunity to pledge total commitment to the growth of the organisation, as well as be a good ambassador of this university,” she stated.