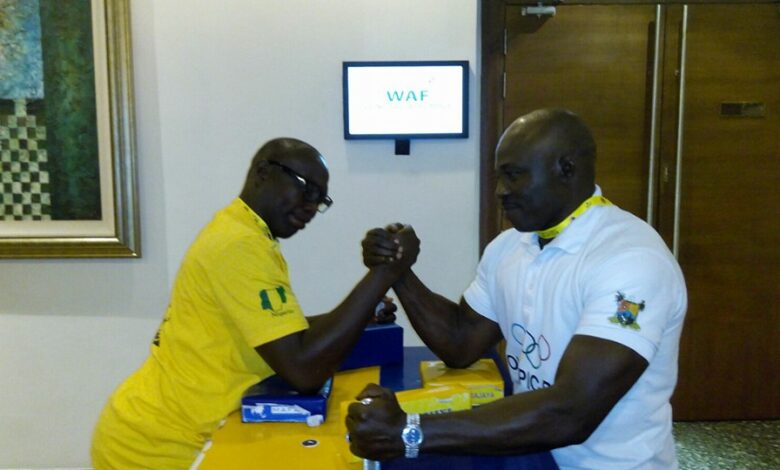 The Arm Wrestling Federation of Nigeria affirms that the newly elected board will work together to bring the much needed development to the sport.

Our correspondent reports that a newly elected board for the federation was inducted in Lagos and saddled with responsibilities to organise programmes that would beam the sport to limelight.

The federation is to be headed by Samuel Jackson, who would be leading the board of other executives for the next four years.

Speaking with our correspondent on Monday, Jackson said he was delighted to be a part of the board and used the opportunity to call on other stakeholders to come and contribute to the development of the sport.

He said that the election also coincided with the federation’s Annual General Meeting, in which stakeholders came together to chart a way forward.

“The federation has been existing in Nigeria for 10 years but yet to be inducted in the scheme of things at the Ministry of Sports.”

“We have a duty to lift the sport beyond where it is today in Nigeria; indeed, the responsibility to the new board is enormous and our set objectives must be fulfilled.”

“In all these major events, we have to be prepared to showcase that we are ready to take the sport to limelight and gather a huge fans support,” Jackson said.

He added that the ultimate aim was to draw the attention of the ministry of sports to give the sport its due deserved attention.

He said that the board would also be staging an awareness/demonstration campaign, when the National University Games (NUGA) comes up in March at the University of Lagos.

“We have a task and it is to get the sport to be recognised and administered at the National Sports Festival, where many participants can compete for honours.”

“I believe in our set objectives and also work on restructuring all those areas that inhibited the sport to grow to the level it is supposed to.”

“I have confidence in my new board and basically welcome suggestions and ideas as long as they are in the interest and the progress of the federation,” Jackson said.

Sweden “disappointed” by FIFA, insists it won’t play against Russia