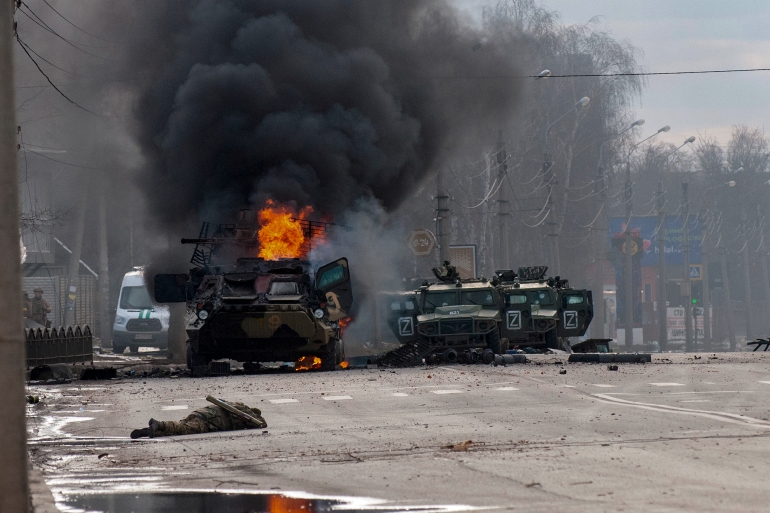 At a time Nigerians in Ukraine are struggling to return home, about 115 young men, yesterday, offered to join Ukraine in its fight against Russia. The men, who besieged the Ukraine Embassy in Abuja, also put down their names in a register provided by the embassy.

Although, The Guardian was barred from taking their photographs, the Second Secretary, Ukraine Embassy, Bohdan Soltys, confirmed the development, adding that no step had yet been taken to that effect. The volunteers may have been responding to a recent call by Ukrainian President, Volodymyr Zelensky, urging people around the world to join the fight.

In a statement released last Sunday, the President accused the Russian army of killing civilians and praised Ukrainians for having the courage to defend themselves. He said that the assault by Russia was not just “Russia’s invasion of Ukraine” but also the beginning of a war against democracy and basic human rights.

Zelensky had called on anyone who wished to join the defense of Ukraine, Europe and the world to come and fight side by side with Ukrainians.

THIS came as rights group, Human Rights Writers Association of Nigeria (HURIWA), faulted the administration of President Muhammadu Buhari for its response to the evacuation of Nigerians in Ukraine. In a statement by its national coordinator, Emmanuel Onwubiko, said:

“Like other aspects, President Muhammadu Buhari’s Presidency fumbled again. This time, woefully, because it failed to effectively and timeously evacuate Nigerians from Ukraine many weeks before the eventual war started, following the needless invasion of Ukraine by Russia on the illegal orders of President Vladimir Putin.”

IN another development, the Federal Government expressed readiness to solidify bilateral ties with the state of Israel, especially in the areas of Science, Technology and Innovation (STI) and socio-economic development.

Minister of Science, Technology and Innovation, Ogbonnaya Onu, stated this when he received the new Ambassador of the State of Israel to Nigeria, Michael Freeman, in his office in Abuja, yesterday.

He said: “Nigeria is blessed with natural resources and we have some of the most intelligent people in the world. We want to diversify our economy because we believe, with the huge human capital, we can add value to our raw materials and create jobs for our youths.”