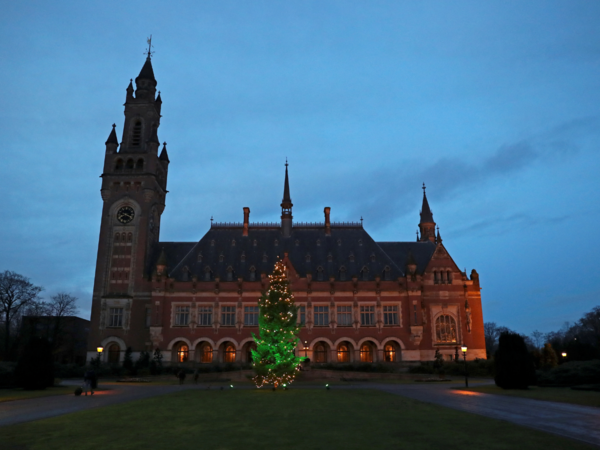 Ukraine has called on the International Court of Justice (ICJ) to do everything in its power to stop the violence against the backdrop of Russian attacks.

“Russia is perpetrating war crimes and crimes against humanity,” the representative for Ukraine, Anton Korynevych, said in The Hague on Monday.

“Russia has to be stopped.”

The president of the ICJ, Joan Donoghue, told the court at the beginning of the session, Russia has refused to attend the hearing.

The representative for Ukraine accused Russia of contempt for international law, saying.

“They are not here in court; they are on the battlefield.

“That is how they solve conflicts.”

In the Peace Palace in The Hague, the representatives for Ukraine would make their case first.

A representative for Russia should respond on Tuesday.

It is not clear when a verdict would be reached.

While verdicts given by the ICJ are binding, the court has no way of forcing a country to act on its decision.

Ukraine is calling on the ICJ to state that Russia has no legal foundation for its invasion.

Russia had justified its war with the unproven allegation that the Russian people in Ukraine needed to be protected from a genocide taking place there.

“It is a horrific lie from Putin,” said Korynevych.