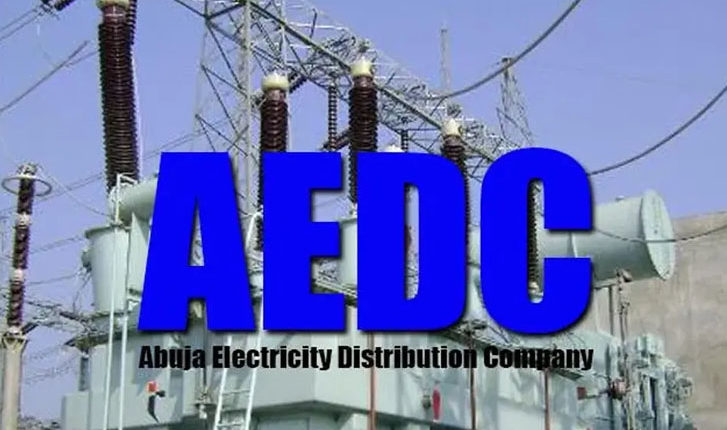 Abdullahi, who filed the suit marked: NSHC/SD/27/2022, also prayed the court to give an order, in the alternative, directing a six-month bill-free oeriod for the plaintiff as compensation for all the period of unjustified power interruption.

Our correspondent reports that the originating summon, dated and filed on March 4, was before Justice Mariya Ismail of a High Court of Niger State sitting in Suleja.

The lawyer urged the court to determine that whether having regards to the Nigerian Electricity Regulatory Commission (NERC)’s guidelines and the Provision of Electric Power Sector Reform Act, 2005, the plaintiff, being customers of the defendant, are entitled to electricity service and supply in a safe and reliable manner.

“Whether the plaintiff are duty bound or under any obligation to contribute money for the repair and maintenance of transformers being the property of AEDC PLC?

“Whether the defendant, having failed in its basic duty of adequate distribution and provision of electricity supply to the plaintiff without any reasonable justifications, the plaintiff are not entitled to damages and compensation in spite of the charges/rates being imposed by the defendant and paid by the plaintiff?

“Whether or not eight hours of power supply daily can be described as safe and reliable as contemplated by the provisions of the NERC guideline on customer relationship?”

Abdullahi, however, sought nine reliefs should the above questions were resolved in favour of the residents of the areas.

“A declaration in line with the NERC’s guideline and the provision of Electric Power Sector Reform Act, 2005 that the plaintiff(s), being customers of the defendants are entitled to electricity service and supply in a safe and reliable manner.

“A declaration that the plaintiff(s) are entitled to enjoy stable electricity supply same in the way and manner the residence of APC quarters enjoys stable power supply without any indiscriminate supply and provision of power to every part of Suleja.

“A declaration that the plaintiff (and the people being represented) are not duty bound to contribute money for the purchase, repairs and maintenance of the transformers being the property of defendant.

“A declaration that the defendant, having failed in their basic duty of provision of power supply in a safe and reliable manner, without any tangible justification, the plaintiff(s) are entitled to damages and compensation considering the fact that charges/rates under the guise of bills are imposed by the defendant on the plaintiff which the plaintiff do pay.

“An order of this honourable court directing the defendants to change and replace the transformers in the areas that require new ones and ensure supply of constant electricity on the inhabitants of the areas in accordance with NERC’s guidelines and the provisions of Electric Power Sector Reform Act, 2005.

“An order of this honorable court compelling the defendant to provide a minimum of 18 hours power supply as agreed by the defendant with the executive governor of Niger State.

“An order directing the defendant to always notify the plaintiff of any prolong power outage exceeding 4 hours on any or on their entire social media platform be it daily newspapers or electronic media.

“Or in the alternative, an order directing six months bill-free period for the plaintiff as compensation for all the period of unjustified power interruption.

In the affidavit in support deposed to by Abdullahi, also a resident of Suleja and a consumer of services provided by the AEDC, the lawyer said he had “always personally pleaded with many aggrieved youths to jettison the idea of protest to avoid break down of law and order as they are not happy with the service being provided by the defendant.”

He said that the constant epileptic supply of electricity had forced many artisans, corporate bodies and inhabitants of the places to resort to the use of generating sets.

He said thousands of people who could not procure generating set had lost out in the operation of their businesses which had adversely affected their standard of living and gradually thrown them out of business.

Abdullahi, however, averred that selected areas like APC Quarters, Kaduna Road and parts of PDP Quarters in Suleja received a continuous supply of electricity for almost the entire 24 hours of each day.

It was reported that no date has been scheduled for hearing in the case as at the time of filing the report.