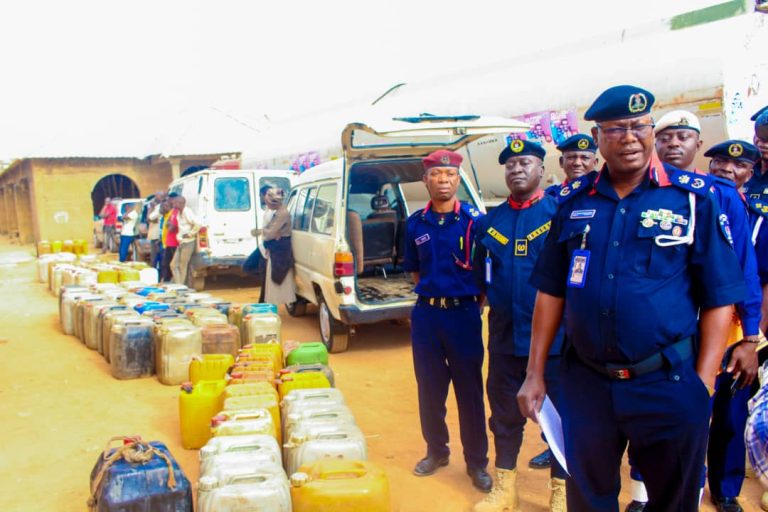 Commandant of the corps in Plateau, Mr Alexander Barunde, paraded the culprits before newsmen in Jos on Tuesday.

He said the culprits were arrested on Monday at Bukuru, Jos South Local Government Area of the state.

He explained that the arrest was part of NSCDC’s mandate to secure public utilities.

The commandant decried the activities of illegal fuel marketers, which, he said, had increased the sufferings of motorists and had exacerbated fuel scarcity.

“It is disheartening that some civil populace are collaborating with criminal elements in the petroleum industry to sabotage the efforts of government.

“Law-abiding citizens stay on queue at various filling stations for hours and sometimes days without getting fuel.

“And this is because petrol is being diverted through illegal means to further add to the sufferings of the masses.

“Based on this ugly trend, our special taskforce, ‘Operation White’, arrested these nine suspects while diverting petrol into gallons,” he said.

He said that the NSCDC would prosecute the suspects after investigation to serve as a deterrent to others who might want to venture into the illegal business.