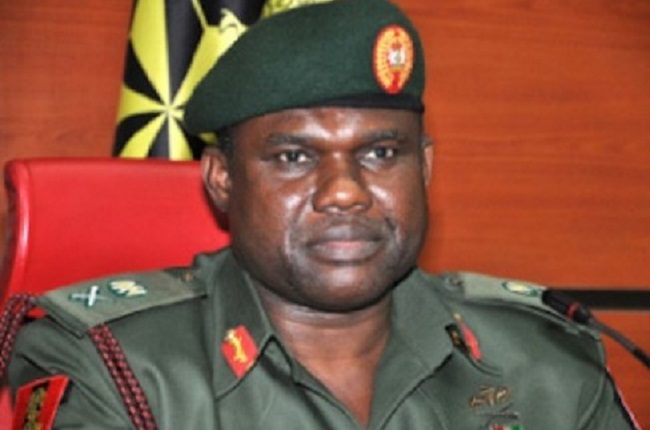 The Federal High Court, Abuja, has fixed June 8 for definite hearing of the suit filed by a former Chief of Army Staff, Lt.-Gen. Kenneth Minimah, and two others against the Economic and Financial Crimes Commission, (EFCC).

Minimah and his co-plaintiffs are challenging the validity of a criminal charge instituted against them by the EFCC at the FCT High Court, Abuja.

The anti-graft agency had filed a criminal charge against the trio over alleged diversion of over N13 billion meant for procurement of arms.

The defendants named in the suit are the Attorney- General of the Federation and Minister of Justice, and the EFCC.

When the matter was called on Wednesday, the plaintiffs’ counsel, Mr Efut Okoi told the court that his team had regularised and served their processes on all the defendants.

Counsel to the defendants, Ms Habiba Chime and Mr Mohammed Buba both agreed that they had been served.

Okoi also told the court that he intended to call about three witness to give evidence in the matter.

Justice Inyang Ekwo, reminded Okoi that if at any point he appeared not to be ready to move on with the matter, he would strike it out.

Justice Ekwo adjourned the matter until June 8, 9 and 10 for hearing.

Our correspondent reports that Minimah and his co-plaintiffs are asking the court for the following reliefs:

“An order restraining the defendants whether by themselves, agents, privies, servants from investigating, charging, arraigning and or prosecuting them for any alleged offences or misconduct while subject to the Nigerian Armed Forces Service Law.”

They also insisted that they had reached a non-prosecutorial agreement with the EFCC which shielded them from being prosecuted in the normal court.

This, the EFCC, claimed they failed to provide evidence to back it.