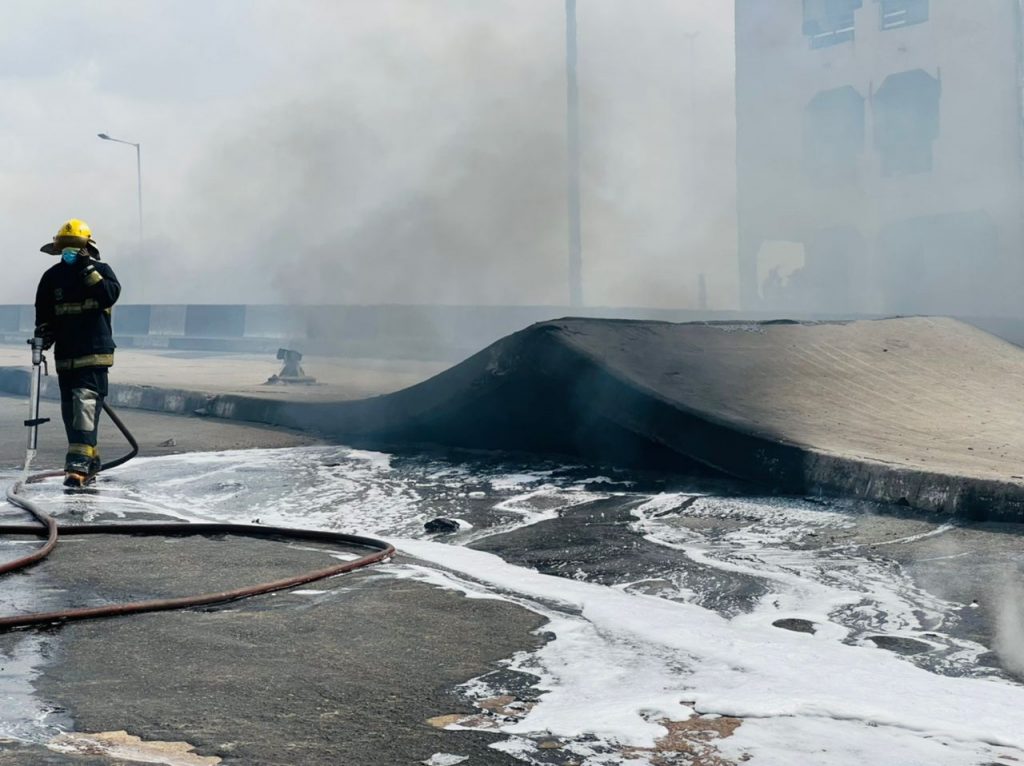 The Lagos State Government (LASG)has shut down Eko Bridge while diverting traffic to other routes for the safety of motorists following the inferno which engulfed the Apongbon axis of the bridge in the early hours of Wednesday.

The Commissioner for Transportation, Dr Frederic Oladeinde, who announced the development in a statement on Wednesday in Lagos also listed out the alternative routes that motorists should ply.

Oladeinde said that an integrity assessment would be carried out on the bridge to ascertain the level of damage caused by the fire incidence to it and for its adequate rehabilitation.

He advised motorists heading toward Apongbon from Surulere and its environs to use the Ijora/Apapa route or tge Leventis/UBA Roundabout to connect the Marina and head on to their desired destinations.

Alternatively, he also advised that motorists could pass through Ebute Ero to link Inner Marina and the Third Mainland Bridge to continue their journeys.

Oladeinde said that the State Traffic Management Authority (LASTMA) officials were already on ground along the alternative routes to minimise inconveniences.

The Commissioner empathised with owners of shops razed down during the inferno, assuring them and the residents of Lagos State that the government was fully committed to ensuring safety of the commuting public within the metropolis.