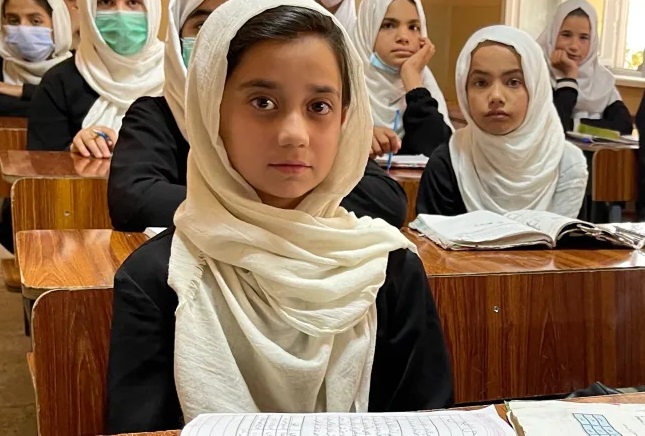 In Afghanistan, schoolgirls beyond grade six were turned away from their classes on Wednesday after a decision by the Taliban government to keep school doors closed to them.

Despite a previous green light, the Taliban’s education ministry announced that all schools will remain closed for girls beyond grade six until further notice.

In the meantime, a school uniform for girls is to be designed based on Sharia law, Afghan culture and tradition.

Schoolgirls who had been waiting impatiently for classes to resume since the Taliban’s return to power were disappointed when they were turned up for classes on Wednesday.

Many returned home with tearful eyes.

“We are also human, why shouldn’t we be able to go to school? What is our fault?.

“The tears that I’m crying is the blood that my heart is bleeding,” a schoolgirl said as she burst into tears.

On Tuesday, Aziz Ahmad, the Taliban’s education ministry spokesman said that schools will reopen for girls but under specific conditions such as separation of school buildings, observance of hijab face covering and teaching by female instructors.

In traditional Afghan society, boys and girls were already attending separate classes and all female students and teachers must wear the hijab.

For example, girls and women have been deprived of their social life such as their right to education, work and freedom of movement.

Those who protested have been suppressed.

The Taliban deprived women of work and education when they were ruling the country during the 90s.

Russia to sell gas to “unfriendly countries” in rubles – Putin

FG begins distribution, activation of debit cards for the poor in Oyo State