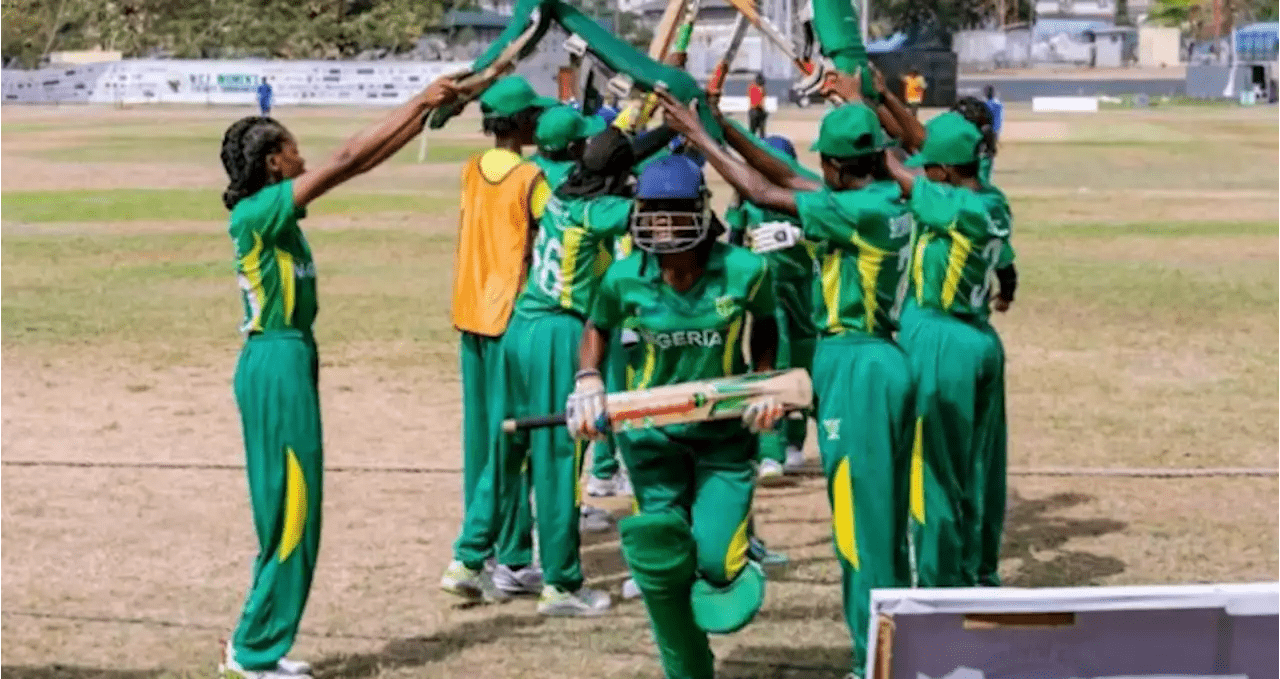 A half-century by Nigeria’s Salome Sunday was instrumental to Nigeria’s 41 runs victory over West African rivals Sierra Leone at the Nigeria Women’s Cricket Invitational in Lagos on Monday.

The match at the Tafawa Balewa Square cricket oval was the first game for both sides following the commencement of the tournament the same day.

Bookmakers would have tipped Nigeria for victory following the country’s level of female cricket development as well as being ranked 37th by the International Cricket Council, seven places above Sierra Leone.

But it did not appear to be such an easy game for Nigeria after all.

In the match, Sierra Leone won the toss and elected to field first.

The first over saw a fall of wicket in Piety Lucky and Kehinde Abdulquadri in the third over, sending a bit of anxiety down the spine of spectators.

Sunday replaced Abdulquadri, and a partnership with Blessing Etim in the eighth over saw the hosts leaping in runs.

They held on to finish the game at 131 runs for the loss of three wickets.

Sunday’s 50 runs not out were instrumental to the victory as she ended the game on 61 runs following 63 balls faced, including six boundary hits.

Etim however scored 31 runs in 29 balls.

Meanwhile, the second innings saw the Sierra Leonean team with a poor run rate in the first 10 overs.

But the side picked up a good form in the last part of the innings to end the game on 90 runs for the loss of six wickets.

At the end of the game, Etim, who was player of the match with her bowling statistics of 16 runs, two wickets in four overs, said she had not expected to receive the individual award.

“I am happy with the victory, although I expected that the team would have scored more runs, maybe 150 runs. But we thank God.

“About the award, I didn’t expect it but I will say that the team deserves it,”Etim added.

The first match of the day at the competition however saw Ghana losing by 81 runs to high-flying Rwanda.

It was the first time both teams were meeting in a cricket event, but the 31st-ranked East African side showed why they are rated on the ICC table as compared to their unranked counterparts.

Rwanda lost the toss to Ghana and were sent in to bat first, scoring 139 for nine.

They left Ghana to struggle to reach 54 for nine in 14.2 overs, with one of their players retired due to injury.

The competition continues on Tuesday with Nigeria up against The Gambia and Ghana against Sierra Leone.

Five teams are playing in the tournament which is expected to end on Sunday.