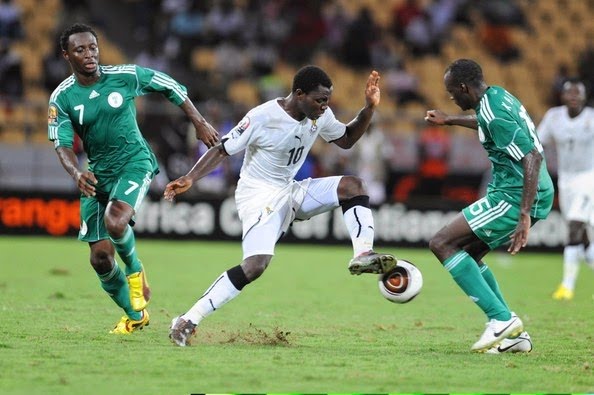 Nigeria failed to qualify for the 2022 FIFA World Cup finals billed for Qatar after the Super Eagles could only draw 1-1 with the Black Stars of Ghana on Tuesday.

Our correspondent reports that the draw in this home leg of the qualifying competition’s playoff round came short of helping Nigeria’s pursuit of a seventh mundial appearance.

Both sides had drawn goalless on Friday in the opening leg at the Baba Yara Stadium in Kumasi.

The Super Eagles had then needed an outright win at the Moshood Abiola National Stadium in Abuja.

But a disjointed performance which fell short of the expectations of a massively-supporting home crowd ensured Nigeria will not be counted among the world’s football super powers this November.

The Super Eagles did set out with zest before a full house at the officially-estimated 60,491-capacity stadium, as Emmanuel Dennis poorly ended a good move in the eighth minute.

However, the Black Stars soon showed their hand by stunning the home side through Thomas Partey whose shot from about 25 metres out went past goalkeeper Francis Uzoho.

Victor Osimhen led the Eagles’ immediate fight back, coming close to drawing level a minute after with a wide shot.

But in the 19th minute, a fierce tussle in the Black Stars’ penalty area soon drew Tunisian referee Selmi Sadok’s attention for a penalty kick which William Ekong scored.

The battle then raged on, with Nigeria thinking they had taken the lead in the 34th minute when Victor Osimhen ran hard on a floated ball from Oghenekaro Etebo.

He got past goalkeeper Joseph Wollacott to push the ball into the net, but a VAR check by the referee ruled out the strike.

With the Black Stars now firmly sitting back in the second half, the Super Eagles unfortunately struggled to create the goalscoring chances needed.

Ademola Lookman should have done better in the 50th minute, while Joseph Ayodele-Aribo and Osimhen, the latter on two occasions, failed to get the goal they needed to turn the table.

And the match thereafter wore on agonisingly for the expectant home crowd which gave its all into cheering on the Eagles, even with the late inclusion of Odion Ighalo and Ahmed Musa.

The result meant the Black Stars qualified on the away goal rule for the World Cup billed for Nov. 21 to Dec. 18 in Qatar.