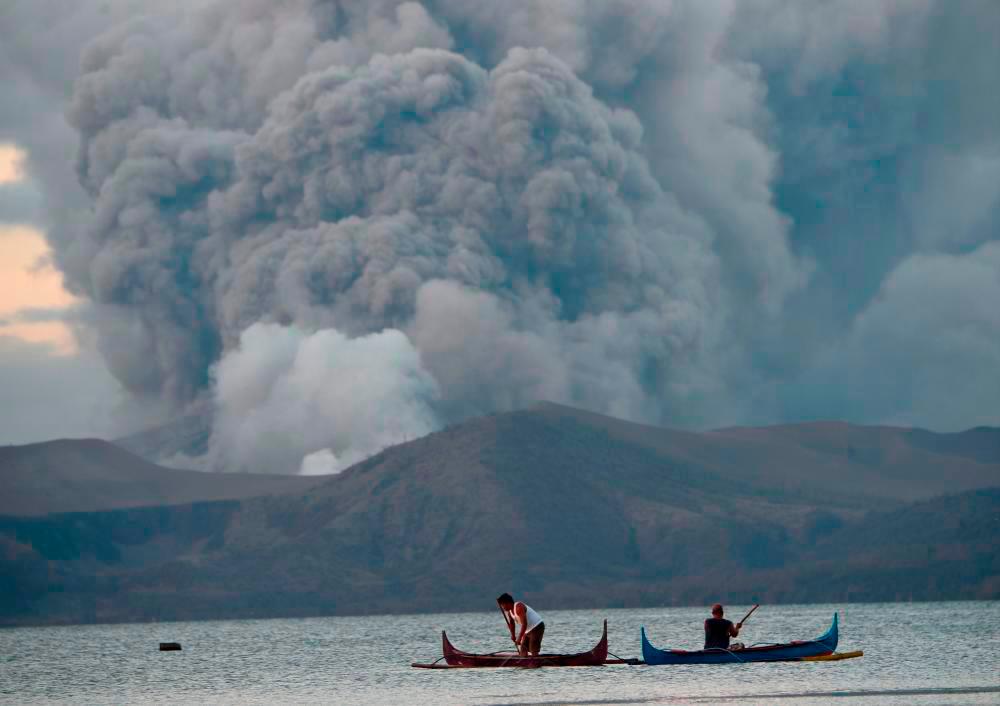 A restive volcano near the Philippine capital Manila expelled magmatic gases and steam on Thursday morning, days after a phreatomagmatic eruption over the weekend.

In a video post on Facebook, the Philippine Institute of Volcanology and Seismology said it recorded a phreatomagmatic burst from the main crater of Taal volcano at 10:39 a.m. local time.

Before the burst, the institute did not detect any volcanic earthquake.

But it noted that a “low-level background tremor” had persisted since Wednesday.

The volcano island is located in Batangas province, 66 km south of Manila.

On March 26, the institute raised the volcanic activity alert level to three on a scale of five, following a phreatomagmatic eruption.

The government had evacuated over 7,000 people from 18 villages around the volcano.

A phreatomagmatic eruption occurred when magma and water interacted, leading to steam and pyroclastic fragments ejection.

The Taal volcano, one of the most active volcanoes in the Philippines, last erupted in January 2020, displacing nearly 380,000 villagers and destroying many farms, houses and roads in the provinces nearby.

China’s Xi says Afghanistan in transition from chaos to order

Russia, Ukraine agree to Mariupol ceasefire so residents can leave