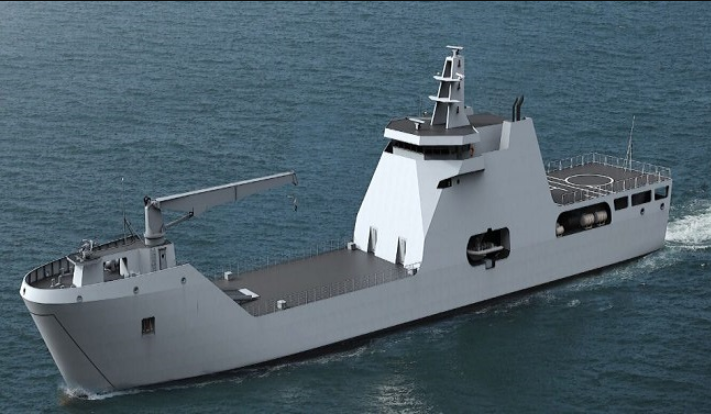 The Director of Information, Naval Headquarters, Commodore Adedotun Ayo-Vaughan, disclosed this in a statement on Friday in Abuja.

According to him, the ship is expected to be underway from April 1 to May 27, totaling a period of 56 days and covering a distance of 8,414.34 Nautical Miles for her maiden voyage.

“It is also planned for the new ship to make stopovers in five countries/ports before arriving Lagos.

“These ports are Port Duqm in Oman, Port Mombasa in Kenya, Port Cape Town in South Africa, Port Luanda in Angola and Port Gentil in Gabon.“

Our correspondent reports that the service, had on May, 2018, contracted Messrs Damen Schelde Naval Shipbuilding for the construction and supply of the ship.

This is part of the recapitalisation efforts of NN and the Federal Government under the leadership of President Muhammadu Buhari.

“This milestone venture progressed steadily with the keel laying ceremony of the ship conducted on Dec. 9 2019, at the Albwardy Damen Shipyard, Sharjah, UAE.

“Subsequently, the construction was completed and the new warship was inaugurated on June 7, 2021. However, the official hand-over to the NN was on March 30.“

Ayo-Vaughan added that the historic voyage of the new warship would be preceded by customary change of flags ceremony at the Albwardy Damen Shipyard, Sharjah, UAE.

This, he said, would be witnessed by some dignitaries such as the Chairmen Senate and House Committees on Navy, the Minister of Defence, Retired Maj.-Gen. Bashir Magashi, Chief of the Naval Staff, Vice Adm. Awwal Gambo.

Others are Director Navy (MOD) and the Nigerian Ambassadors to UAE as well as Saudi Arabia respectively.