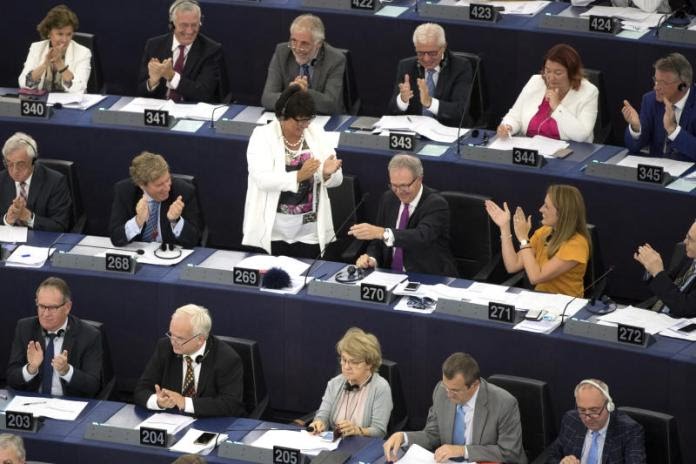 More than 40 members of parliament from Sri Lanka’s ruling coalition withdrew their support for the government on Tuesday, a day after mass protests prompted the entire Cabinet to resign.

The South Asian island nation was rocked again by protests for a third consecutive day over rising prices and shortages of food, fuel and gas.

The demonstrators were demanding for President Gotabaya Rajapaksa’s resignation and new elections be held.

Some of the protests were being held near residences of ruling party members and former ministers.

Mobs attacked the home of one minister in north-central Sri Lanka on Monday night while security forces had been deployed to protect the houses of ruling party members.

The country is heavily in debt and urgently needed dollars to import fuel, gas, food and medicine from abroad.

Discussions would be held with the International Monetary Fund next week.

Meanwhile, dozens of lawmakers that formerly represented the government said on Tuesday that they were now independent.

That means the ruling Sri Lanka Peoples Party effectively lost its two-thirds majority in the 225-seat parliament and was on the verge of turning into a minority government.

However, a vote still needed to be taken in parliament to establish whether the ruling party has a minimum majority, which is over 113 members.

The move came a day after Rajapaksa was forced to reshuffle the cabinet after all ministers tendered their resignations.

The president had so far named four ministers, including a new finance minister to replace Rajapaksa’s brother Basil Rajapaksa.

But less than 24 hours after new Finance Minister Ali Sabry took up the post, he resigned, plunging the country into further uncertainty.