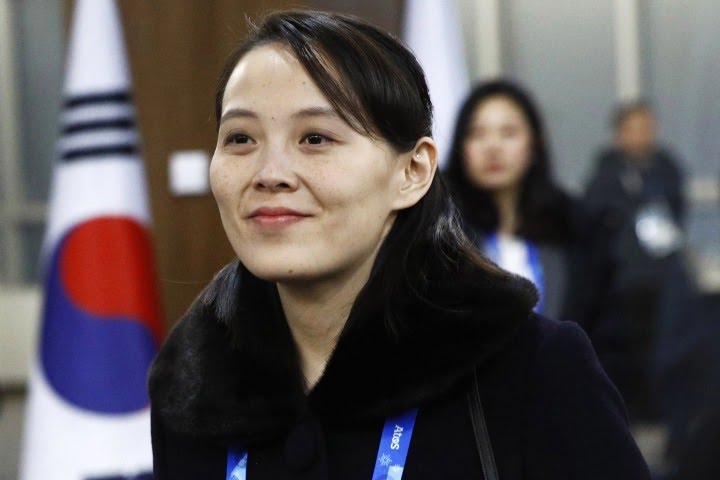 Kim Yo Jong, the sister of leader Kim Jong Un, on Tuesday said North Korea opposes war but would use nuclear weapons if South Korea attacks.

Kim Yo Jong, a senior official in the government and ruling party, said it was a “very big mistake” for South Korea’s minister of defence to make recent remarks discussing attacks on the North, state news agency KCNA reported.

South Korean Defence Minister, Suh Wook, on Friday said his country’s military has a variety of missiles with significantly improved range, accuracy and power, with “the ability to accurately and quickly hit any target in North Korea.”

Both Koreas have increased displays of military strength after North Korea test-fired a range of increasingly powerful missiles.

Officials in Seoul and Washington also fear it may be preparing to resume testing nuclear weapons for the first time since 2017 amid stalled negotiations.

Kim and another North Korean official issued earlier statements on Sunday condemning Suh’s remarks, and warned that Pyongyang would destroy major targets in Seoul if the South takes any “dangerous military action” such as a preemptive strike.

Kim’s criticisms are most likely aimed at South Korean President-elect Yoon Suk-yeol, who has called for a more muscular defence against North Korean threats.

Rachel Minyoung Lee, an analyst with the U.S.-based 38 North Project, which monitors North Korea said “Yoon’s ‘preemptive strike’ comment made the headlines a few months ago.

“Pyongyang is seizing Suh’s remarks to make a point to the incoming South Korean administration.

“North Korea has thus far refrained from criticizing Yoon at any authoritative level, but it certainly seems to be laying the groundwork for it.”

The statements suggest Pyongyang was preparing the North Korean public for a possible shift in inter-Korean relations once Yoon takes office in May, Lee added.

According to a statement by the U.S. State Department, a delegation from Yoon’s team was in Washington to meet with U.S. officials, who reiterated their commitment to defending South Korea.

In her statement on Tuesday, Kim said Pyongyang opposes war, which would leave the peninsula in ruins, and does not view South Korea as its principal enemy.

“But if South Korea, for any reason – whether or not it is blinded by misjudgement opts for such military action as ‘preemptive strike’ touted by (Suh Wook), the situation will change.”

“In that case, South Korea itself will become a target.

“If the South Korean military violates North Korea territory, it will face an unimaginably terrible disaster and the North’s nuclear combat force will inevitably have to carry out its duty.”

Kim noted that the South can avoid this fate by dropping any “fantastic daydream” of launching a preemptive attack on a nuclear-armed state.