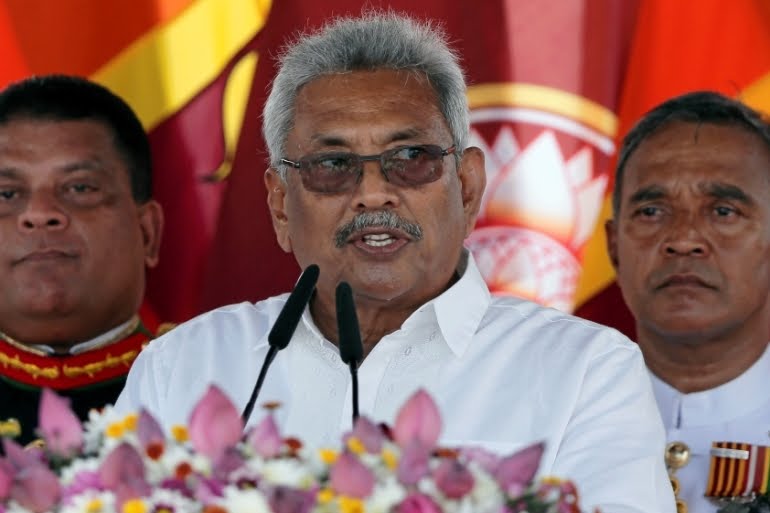 Sri Lankan President Gotabaya Rajapaksa has revoked the state of emergency in the country amid protests from opposition politicians, civil rights activists and the public, officials said Wednesday.

The state of emergency came into force on April 1,and gave sweeping powers to the armed forces to carry out search operations and arrests soon after the president’s residence was surrounded by protesters demanding his resignation.

Opposition lawmakers and some ruling party members refused to endorse the the president’s state of emergency.

Parliamentary approval would be needed within a month if it were to continue.

Protests against the rising cost of living, fuel and gas shortages and prolonged power cuts have been taking place across the country since middle of March.

A curfew declared last weekend aimed to prevent protests but was largely unsuccessful.

Some of the protests turned violent with attacks on ruling party politicians and damage to their private residences reported.

Lawmakers opened a two-day debate on Wednesday on the current situation as protests continued outside the parliament, which has been placed under heavy security.

The country has faced an unprecedented economic crisis over the past few months due to lack of foreign exchange to pay for fuel, gas and food shipments.

The government has blamed the global economic situation and the COVID-19 pandemic for the current situation but the opposition has claimed mismanagement is the cause of the crisis.

Man dies after crashing his car into Russian embassy in Bucharest