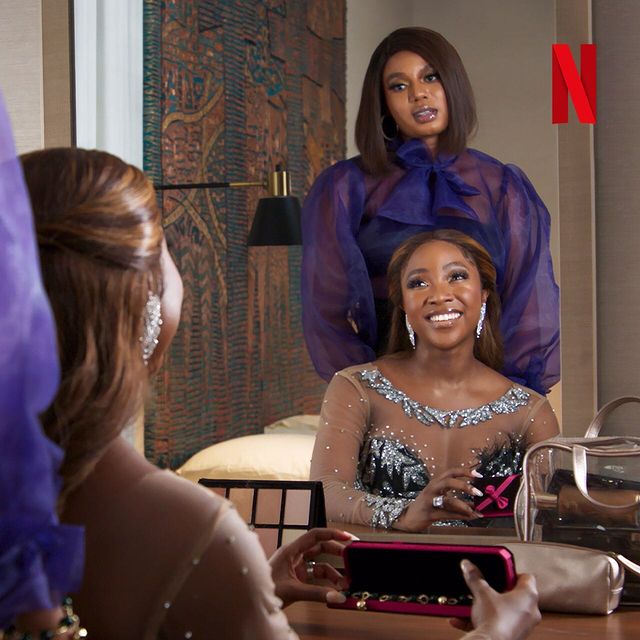 Netflix and EbonyLife Studios have announced the global lunching of blockbuster thrilling limited series, ‘Blood Sisters’, on the streaming service on May 5.

Our correspondent reports that Netflix and EbonyLife Studios announced the cast of Netflix’s first original Nigerian series, “Blood Sisters,”, in 2021.

The series was produced by the leading production company, EbonyLife Studios, founded by Mo Abudu.

The four-part crime thriller, which was directed by Biyi Bandele and Kenneth Gyang, has series’ themes, which included intra-family connections, physical and drug addiction.

Others are love, dedication, and relationships, as well as the test of friendships under difficult situations.

Mo Abudu, the founder of EbonyLife Studios, took to her Instagram page @moabudu to announce the lunching of the thrilling series to fans and lovers.

The filmmaker also used the opportunity to appreciate the crew for their good work and professionalism.

“Today, Netflix and EbonyLife Studios announce our pulsating limited series that will launch globally and exclusively on Netflix on the 5th of May 2022.

“This is officially Netflix’s First Nigerian Original Series as per the press release issued by Netflix today.

“Blood Sisters is a crime thriller, which is a new genre for us, so the prospect was challenging but very exciting! It was also a particularly unique and intense experience as we shot during the pandemic.

“But we remained committed to the vision we share with Netflix – to tell authentic and exciting African stories with superb production values.

“Blood Sisters tells the story of two friends – Sarah and Kemi. Sarah is engaged to her dream man, Kola.

“However, their seemingly idyllic union has a dark side and despite Kemi’s vocal misgivings, Sarah is determined to press on with the wedding. What follows is a heart-stopping series of catastrophic events

“To our cast and crew, thank you so much for your commitment, passion and professionalism to us making BLOOD SISTERS happen!💪🏿💪🏿💪🏿,” she wrote.

She has been described by Forbes as “Africa’s Most Successful Woman”.

She has contributed immensely to the growth and development of entertainment industry, such has made her outstanding.

Music icon advocates use of technology in entertainment industry