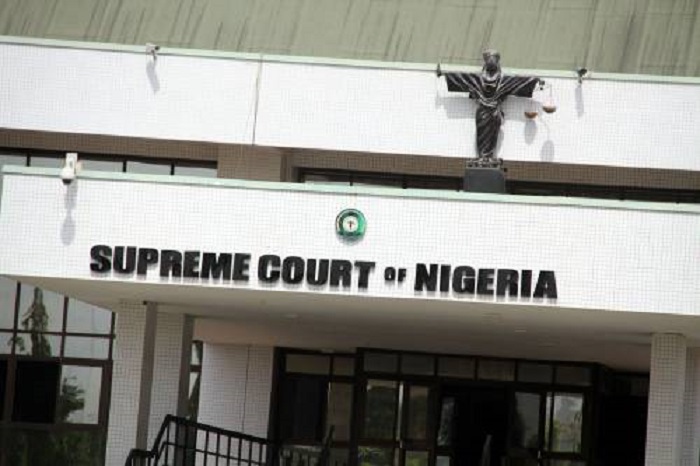 Justice Tijjani Abubakar in his lead judgment, in an appeal by Yusuf, challenging the decision of the Court of Appeal, upheld the lower court’s decision, saying it was in order.

The apex court held that Yusuf and his fraudulent types, must be told in clear language through court judgments that it was no longer business as usual.

Abubakar said that the appeal of the former federal pension Director seeking to set aside the six years jail term against him was frivolous, vexatious and devoid of merit.

He further held that victims of the convicted director deserved restitution which could only be achieved through justice.

The apex court in its unanimous judgment however, held that the 2016 judgment of the Federal Capital Territory High Court which sentenced Yusuf to two years imprisonment with an option of N750, 000 was a slap on the wrist.

Abubakar said that the plea bargain at the high court and ruling of the Judge was not only bizarre, embarrassing but ridiculous and unacceptable.

“The sentence at the high court was meagre, insufficient and ridiculous in view of the huge negative impacts the fraudulent action of the convict must have caused the pensioners.

“I have carefully read the case of the appellant, I found it to be frivolous, vexatious and devoid of merit.

“I make an order dismissing the appeal and affirming the findings and conclusion of the Court below”, Abubakar said.

The Economic and Financial Crimes Commission EFCC had arraigned Yusuf before FCT High Court in 2016 where he admitted committing the fraud and subsequently entered into a plea bargain with the anti graft agency.

Justice Abubakar Talba of the FCT high court had upon the plea bargain sentenced the former director to two years imprisonment with an option of N750.000 fine which he promptly paid and escaped imprisonment.

Irked by the sentence considered to be too ridiculous, EFCC had challenged the decision at the Court of Appeal in Abuja.

The Court of Appeal in its 2018 judgment, quashed the plea bargain, sentenced the former director to six years imprisonment without option of fine and also ordered him to refund the N22.9 billion to the coffer of the federal government.

He asked the apex court to overturn the six years imprisonment and the reverse its order against him.