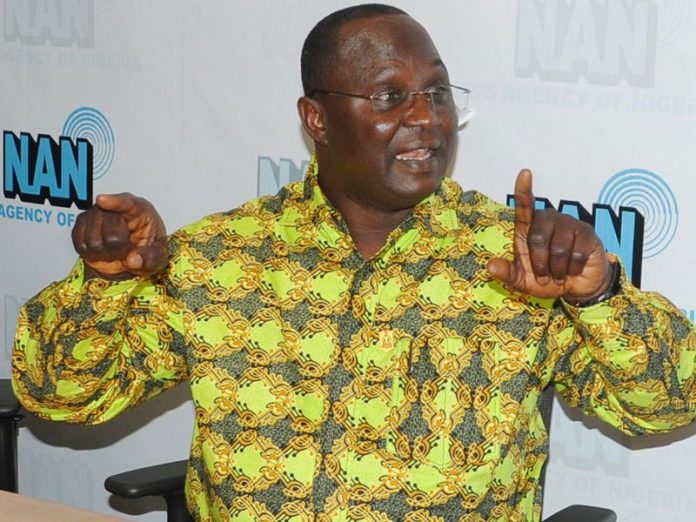 The Nigeria Labour Congress (NLC) has called on the Federal Government to address issues that necessitated the ongoing strike by the Academic Staff Union of Universities(ASUU) and other unions in tertiary institutions.

President of NLC, Ayuba Wabba, made the call when he addressed newsmen shortly before going into a closed door meeting of the Congress’s Central Working Committee (CWC) on Wednesday in Abuja.

Our correspondent reports that ASUU embarked on a nationwide warning strike to press home its members’ demands from Feb. 14.

Others are the renegotiation of 2009 ASUU-FG Agreement and the inconsistency in Integrated Personnel Payroll Information System (IPPIS).

Wabba said the call was imperative in the interest of the Nigerian children who are from poor homes.

“In Nigeria today, we are facing a period of great injustice on the downtrodden of the society, the worse of it is that for more than three months, the children of the poor are actually at home and this is not acceptable.

“But instead of the politicians to look at the issues as a national disaster, they are discussing politics that is why there can never be equity and justice in such a system.

“As you are aware, we have communicated what we think that would be able to resolve the issue with government.

“Till date, we are yet to receive any formal information of any effort being made by them to look at that recommendation, we made to them,” he said.

On the upcoming political dispensation in the country, Wabba called on union leaders to defend democracy and rights of the working class.

According to him, this time around, with what has happened with a lot of broken promises, I do not think any worker or union leader will actually sit down and watch.

“It is not a time to watch, because it is the political decision that will put food on your table, so therefore sitting down and wait or watch certainly will not be our portion.

“Every Nigerian worker must be active to use our “charter of demand” to engage the politicians.

“We must try also to make sure that the agenda of the working class, the poor and the downtrodden finds space to be accommodated even in the political process,” he said.

The NLC president further said the CWC meeting would look at the next step to take if the government fail to respond to its recommendation on resolving the ongoing strike by unions in the tertiary institutions.

He also said the CWC would also look at key issues of the economy, major roles to bring about peace and respect to the sanity of collective bargaining in the education sector, among others.