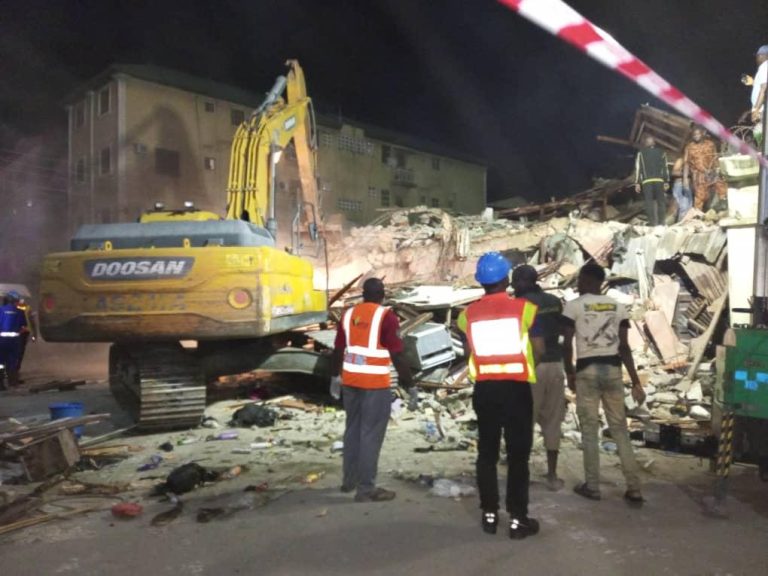 The National Emergency Management Agency has confirmed the recovery of two dead bodies and rescue of 23 persons from Ebute Metta three-storey building collapse.

The Zonal Coordinator Southwest, NEMA, Mr Ibrahim Farinloye, disclosed this to our reporter on Monday in Lagos.

Farinloye said the recovered bodies were those of a mother and her child, while the rescued persons included seven children and 16 adults.

“Nine of those rescued alive have been treated and discharged.

“They returned to the scene, but have been taken away for proper custody while psycho-social and post trauma counselling are being arranged for them by the Nigerian Red Cross,” Farinloye said.

It was reported that a three-Storey building collapsed at 24 Ibadan Str, Herbert Macaulay Way, Onyigbo on Sunday at about 10.56p.m.

However, rescue operations were still ongoing at the site.