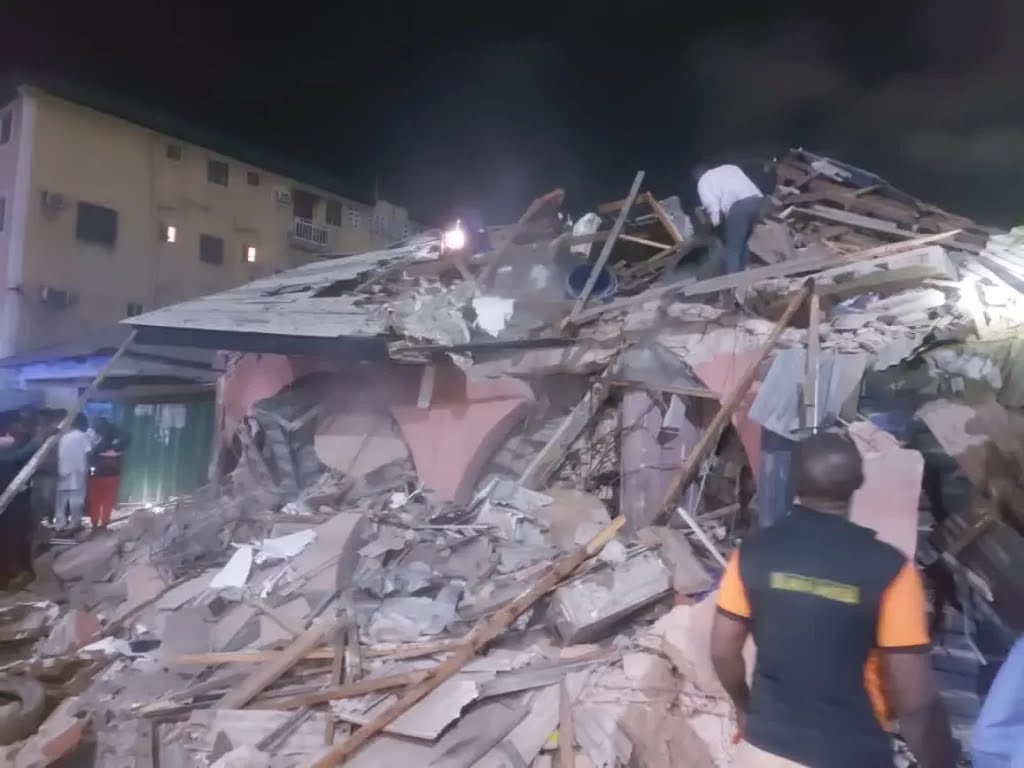 The death toll from the collapsed three-storey building at Ebute Meta, Lagos, as at Monday morning has risen to five, the National Emergency Management Agency (NEMA) officials say.

Our correspondent reports that an old three-storey building collapsed at No. 24 Ibadan Street, Herbert Macaulay Way, Ebute Meta, on Sunday night at about 10.56 p.m.

The number of rescued occupants remained 23.