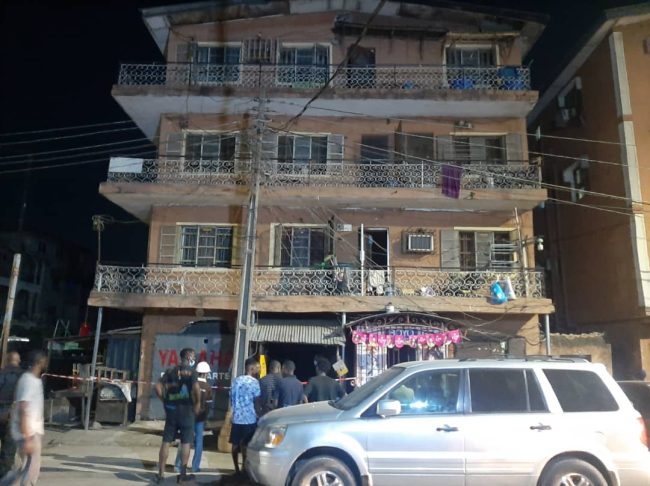 Officials of the Lagos State Building Collapse Agency have begun the evaluation of occupants of a three-storey building showing serious signs of distress in Ebute Metta.

The Zonal Coordinator Southwest, National Emergency Management Agency, Mr Ibrahim Farinloye, said this to our correspondent on Monday in Lagos.

Farinloye said though the building had not collapsed but evacuation was ongoing to save lives and property.

According to him, the building is located at No.100 Lagos Street, about 200 metres away from the earlier collapsed three-storey building at 32, Ibadan Street, Ebute Metta, Lagos.

“The building has shown signs of serious distress, with part falling off.

“The building had earlier been marked as distressed but the occupants were deviant in leaving the primeses,” Farinloye said.

The Lagos State Fire and Rescue Service made the announcement late Sunday, adding that rescue operations had begun.

Meanwhile, the Lagos State Emergency Management Agency announced that 20 persons had been rescued alive, while two who sustained severe injuries were taken to the Lagos State University Teaching Hospital for treatment, and the death toll had risen to five.