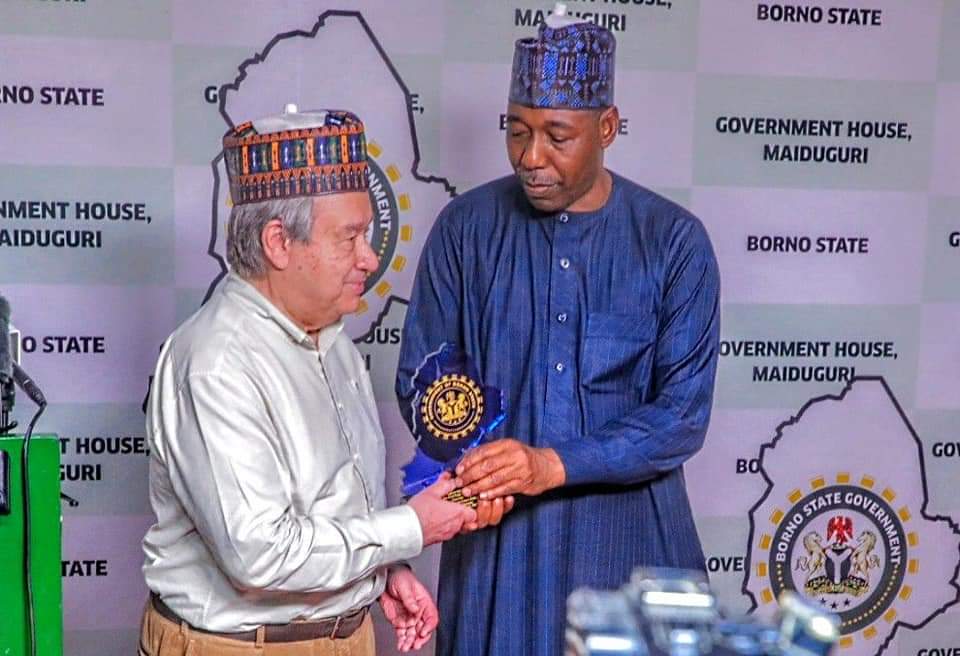 The UN Secretary-General, Antonio Guterres, has urged the international community to support humanitarian action in Borno, currently recovering from insurgency.

Gutteres made the call on Tuesday in Maiduguri while rounding off his visit to the state where he interacted with displaced persons, repentant Boko-Haram members and government officials led by Gov. Babagana Zulum.

“I want to congratulate the Governor for what I see today.

“I want to strongly appeal to the international community to understand Borno as a state of hope, to support humanitarian action in Borno, to recognise the enormous challenges that Borno faces with climate change and Boko Haram activities, and to invest in Borno of hope.

“The community should provide support to the project of the Governor of Borno and civil society of Borno in order to create condition for real development.

“So, I want to be your (Zulum) advocate within the international community to support and to invest in Borno of hope,” Gutteres said.

While noting that terrorism can’t be totally defeated with military force, Gutteres lauded the policy of reconciliation and reintegration adopted by the state, saying that it would facilitate the process.

It was reported that during the visit, Gov. Zulum briefed the Secretary General of challenges facing the state.

The state has already commenced reconstruction, rehabilitation and resettlement of displaced persons.