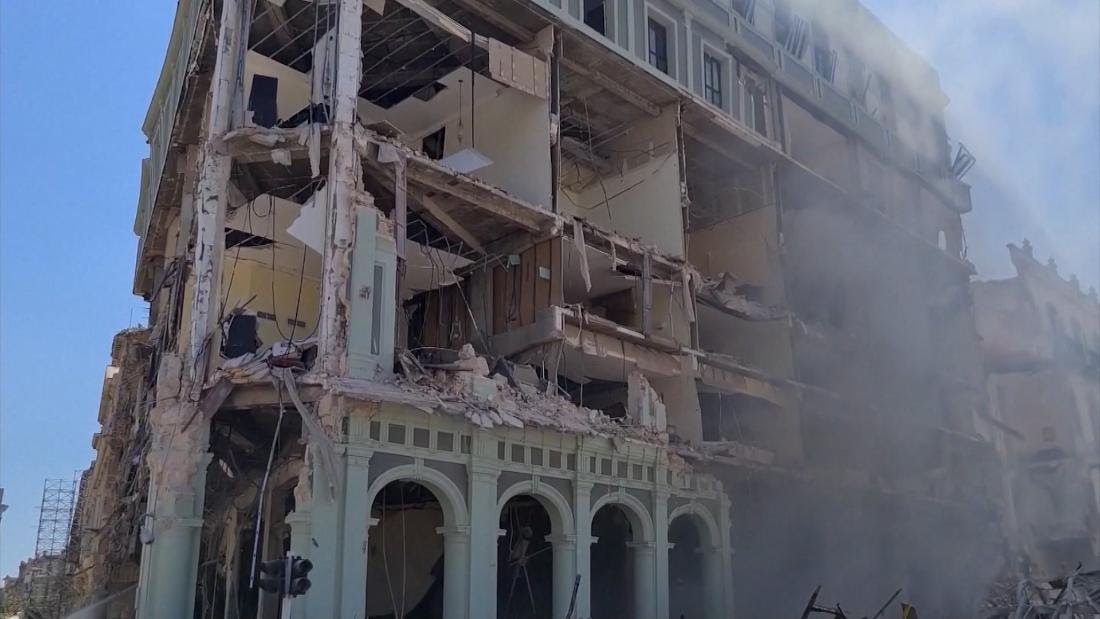 Four more bodies have been found in the ongoing search-and-rescue operation at the scene of a blast at the five-star Saratoga Hotel in Havana that killed at least 35 people.

Cuban officials said the blast that occurred on Friday, also destroyed much of the hotel.

The Ministry of Public Health released its latest figures around noon Monday, reporting 35 dead and 20 others, including five children, still under medical care in Havana hospitals.

Four adults and three children were in critical condition.

The ministry said it had identified 34 of the 35 dead.

Four children and a pregnant woman were among the dead.

The head of the fire department, Luis Guzmán, said the four bodies were recovered Sunday night into Monday.

This is according to the official news outlet Cubadebate.

A local Communist Party official said they were all hotel workers.

Fifty-one workers were believed to have been present inside the building at the time of the explosion around 11 am Friday.

The blast destroyed the hotel’s facade, tore down walls on several floors and caused significant damage to a nearby residential building, leaving a wide gap where the two structures joined.

More than 20 buildings, including the historic Teatro Martí, a Baptist church and a primary school, also suffered damage.

Most were multifamily residential buildings.

The fire department chief said the search and rescue team was still trying to find people trapped in the rubble, but the operation was slowed down by the risk of the building collapsing.

The five-star Saratoga Hotel was readying to reopen for international tourists this week after two years of closure due to the pandemic when the explosion derailed the plans and created chaos in a central hub in Havana.

Cuban leader Miguel Díaz-Canel had said the explosion was an accident that might be linked to a gas leak.

The Hotel Saratoga, a restored 19th-century building with 96 rooms, was owned and operated by Gaviota SA, a tourism company under the military-run conglomerate known as GAESA.

Both entities were under U.S. sanctions.