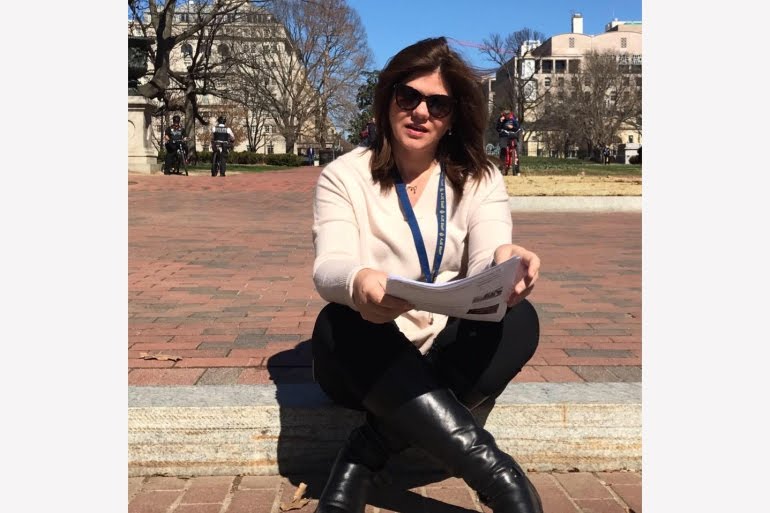 A journalist was killed in a confrontation between Israeli soldiers and Palestinians in the northern West Bank.

A reporter from Qatari broadcaster Al-Jazeera suffered a gunshot wound on the head and died, the Palestinian Health Ministry said on Wednesday.

Another journalist from the Palestinian newspaper Al-Quds also suffered gunshot injuries in the incident in Jenin, the ministry said.

The Israeli army said on Twitter that soldiers had been deployed in Jenin to arrest terror suspects, and that suspects fired at the troops and threw explosive devices.

The soldiers fired back and hits were identified, the Israel Defence Forces (IDF) said.

“The IDF is investigating the event and looking into the possibility that the journalists were hit by the Palestinian gunmen,” the army added.

Since late March, a wave of violence had seen 17 people killed in Israel.

An Israeli security guard was also shot dead by Palestinians in the West Bank.

However, Israel’s army has intensified its operations in the occupied West Bank since the wave of attacks began, especially in Jenin, which is considered a stronghold of Palestinian militants.

Israeli military operations of this nature often lead to serious confrontations with residents.

More than 20 Palestinians have been killed since the end of March, according to the Palestinian Health Ministry.

Several were killed in military operations, others died while carrying out attacks and during clashes with the army.

Israel conquered the West Bank and East Jerusalem in 1967.

The Palestinians want the territories for their own state with East Jerusalem as its capital.