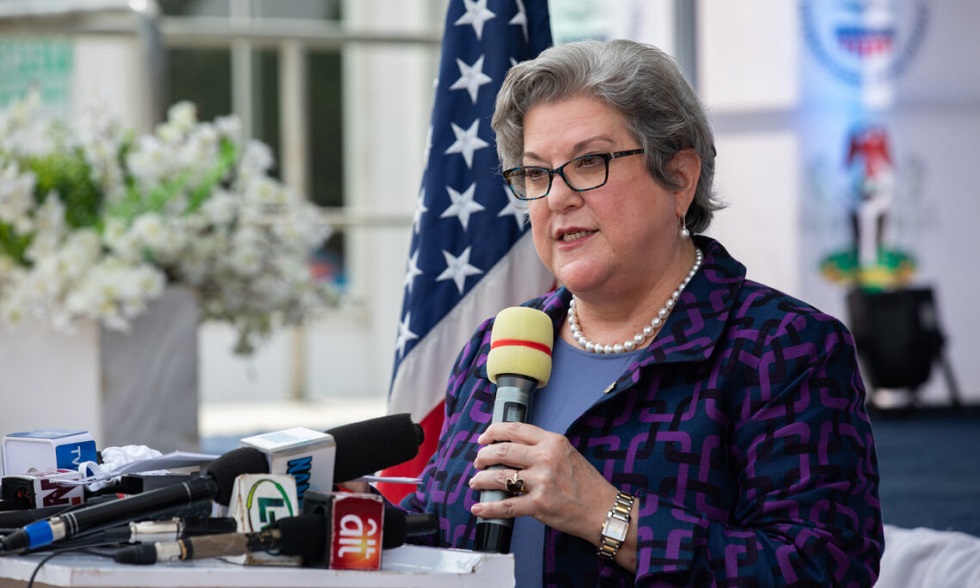 The U. S. is committed to strengthening cultural ties with Nigeria through music diplomacy.

The U.S Ambassador to Nigeria, Ms Mary Leonard, made this known at a reception in honour of the 15th Annual Headies Music Awards holding in Atlanta in September 2022.

The reception held at the U.S Consul General’s residence in Ikoyi on Thursday night.

She said music has been one of the key factors in deepening relationships between Nigeria and the U.S.

“We have seen tremendous growth in cultural ties between U.S and Nigeria and this has shown over the last year as Burna Boy and Wizkid won a Grammy each while Tekno and Davido anchored the soundtrack of major Hollywood movie ‘Coming to America II’, many artists have signed international deal amongst others.

“U.S has recongnised the role of music in diplomacy as it has laid emphasis on free expression, proposition, democratic and collaborative teamwork as sharing music is one of the best ways to get common ground with people as the appeal of music is truly universal.

“We will keep on ensuring that we offer all the support that we can in order to ensure that the Nigerian music and entertainment industry keep on thriving to greater heights as this is a key factor to strengthening relationships between both countries,” she said.

She applauded the organisers of the Headies awards for taking this year’s edition to U.S noting that it shows the growing popularity of Nigerian music across the globe.

She added that the award would highlight the musical ties between both countries and the vast potential of Nigerian artists as global cultural exporters.

“Taking the headies to the U.S is another example of this vibrant connection as Atlanta is an important choice for this event.

“This also goes to show the growing relationship between the U.S and the Nigerian music industry and its growing popularity in the United States,” she said.

The Acting U.S Consul-General, Mr Brand Hudspeth noted that African influences were fundamental to the development of American music adding that latter wouldn’t exist in its current form with them.

He added that holding the Headies award in Atlanta is essential to connecting both countries musically.

“African influences are so fundamental to the development of American music that the latter wouldn’t exist in its current form today without them.

“When you listen to all form of genre of music, you hear core progression and structure that has roots in Africa and in Nigeria, there are host of talented musicians drawing from the linkages to create some of the hottest music in the world at the moment.

“Also, collaborations between Nigerian and U.S artistes has the pulse that pushes the global scene so this cultural and historical leads are something that should be mentioned about.

“Atlanta is the home to a lot of hip hop artists and record labels, making it centre for black music in the U.S so hosting the award there is a key link in connecting both countries musically”

Also speaking, Ayo Aimashaun, owner of HipTv and Chief organiser of the Headies Award, applauded the U.S government for its support and urged relevant authorities to support the entertainment industry in the country.

He added that the award is a platform to showcase Nigerian artists to the world.

Our correspondent reports that the event was hosted by Bovi Ugboma and Bright Okpocha popularly known as Basketmouth.

It also featured musical performances by Teni, D’banj, Rema and Oxlade.
Other celebrities at the event were; M.I, Daddy Showkey, Ty Mix, Ayo Makun, Tee A, Kenny Ogungbe, Dayo Adeneye amongst several others.