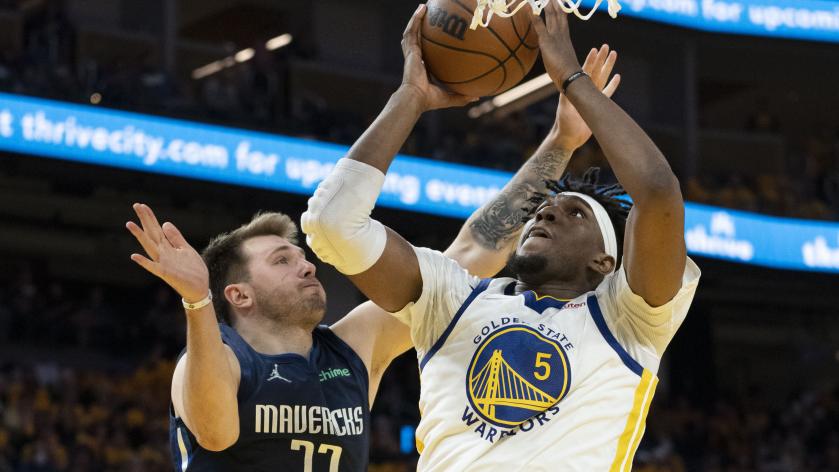 The National Basketball Association (NBA), the basketball club organising body in the U.S., on Sunday fined the Mavericks 100,000 dollars (about N59 million).

This was for several players and a member of the coaching staff standing away from the bench and encroaching upon the playing court.

The incident happened during their Game 2 loss to the Golden State Warriors.

It was the third time the Mavericks have been fined for violating the league’s rules regarding “team bench decorum.”

First time was a 25,000 dollars fine after Game 2 against the Phoenix Suns in the second round.

Coach Jason Kidd said then “the league is worried about the wrong thing” in punishing a team for cheering on its players.

Owner Mark Cuban posted a link to an explicit video to Twitter, insinuating the Mavericks would not stop the rowdy support.

It was was a habit their reserves — and Cuban himself — have made a hallmark of their chemistry all season.

There then came a 50,000 dollars fine after Dallas’ Game 7 victory against the Suns about a week later.

“Who complained?” Kidd quipped in reaction. “It was a blowout, so I don’t think the fans would complain.

“I thought the guys did what they were supposed to do. They were cheering on their guys. So, we’ll find out what the fine is. But it is what it is.”

There is one notable instance which might have prompted the Mavericks’ third fine.

Warriors star Steph Curry committed a turnover in the third quarter Friday night with an errant pass in the direction of bench-mob founder Theo Pinson.

Pinson had paced the sideline while shouting the Mavericks’ defensive calls and happened to be wearing white, the same color as Golden State’s uniforms.

It was the only instance with which Warriors coach Steve Kerr had an issue.

“They’ve got great chemistry, great energy. They’ve had a phenomenal season, and I think part of it is they’re so connected and they’re pulling for each other. I love that part of it.

“But you can’t interfere with the game, and I thought that one play — I don’t know who it was, but someone was wearing a white shirt and was basically standing right next to our player and calling for the ball.