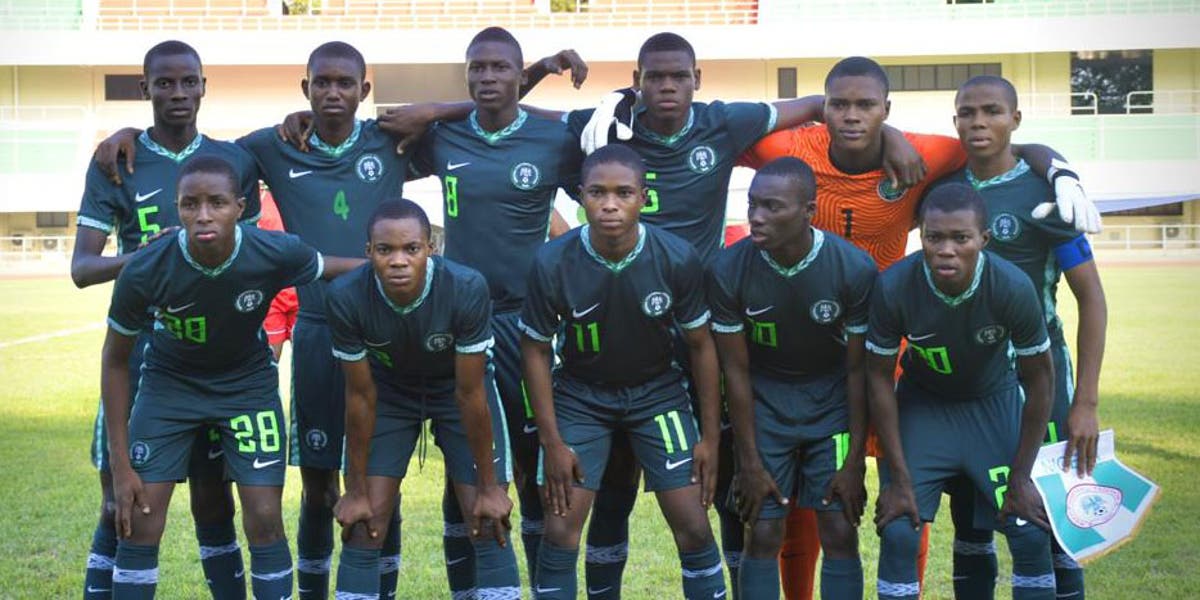 Nigeria’s golden eaglets qualified for the semi-finals of the ongoing wafu b under-17 championship in cape coast, ghana on tuesday.

This was after a 3-1 defeat of Togo’s Junior Sparrowhawks handed the Nigerian side the six maximum points from two matches in a three-team pool.

Hosts Ghana, who received a 4-2 plastering by five-time world champions Nigeria on the opening day, can now not earn more than three points.

They have only the game against the Togolese on Friday, while the Togolese have similar arithmetical chances in the campaign.

Either of them can only come second behind the rampaging Eaglets.

On Tuesday, the Golden Eaglets took off from where they ended against the Ghanaians, also three-time world champions.

Team captain Tonye Williams added another in the 22nd minute, and that was how it ended in the first half.

In the 75th minute, the Togolese cut the deficit in half.

But Light Eke, who also scored Nigeria’s last goal in the 4-2 trashing of Ghana on Saturday, struck with nine minutes to go to ensure a handsome win for Nigeria.

Our correspondent reports that the semi-final matches will be played on Monday.