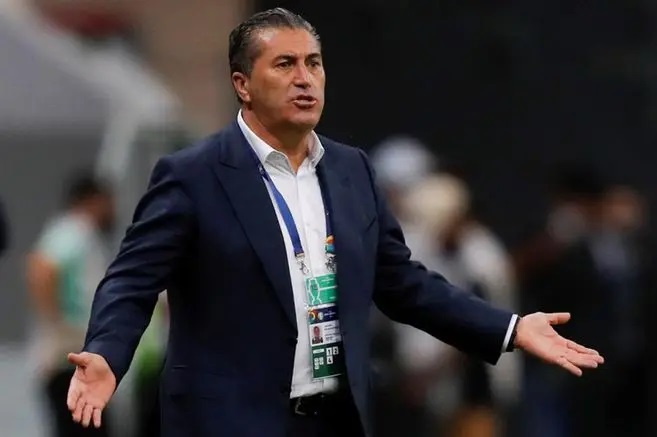 Godwin Izilein, ex-coach of the Super Falcons, said the Super Eagles of Nigeria were yet to improve in their playing pattern under the new coach, Jose Peseiro.1

Izilein who spoke to the News Agency of Nigeria on Wednesday in Calabar, noted that the 10-0 mauling of Sao Tome and Principe in a 2023 AFCON qualifier in Morocco did not translate to the fact that the team had arrived.

The ex-Super Falcons handler who decried lack of creativity in the midfield, said the team continued to exhibit that lukewarm attitude in their play.

Izilein said his assessment was based on the matches played under new coach.

According to him, “I am yet to see anything new, it’s still the same old pattern of play; lukewarm attitude towards games should be changed.

“They have no fighting spirit, it is only Victor Osimhen that does that and he does not get a good ball from the wingers. He (Osimhen) needs that deep penetrative passes.

“The basic fact is that we are still not playing as a team, that individual play is still very much visible in our games.

“There is also need to introduce into the team element of speed, they are too slow for my liking.

“Another missing link is that of creative midfielders. With this, it will create that effectiveness in our attack as well as cover the defence.

“Our wingers should also remember that great goals are scored from pull-out.

“There is nothing new with the Eagles under the current coach for us to be celebrating 10 goals, we are yet to get that rhythm Eagles are known for.”

Izilein advised Peseiro to take a look at players in the Nigeria local league that could combine well with the foreign based players.