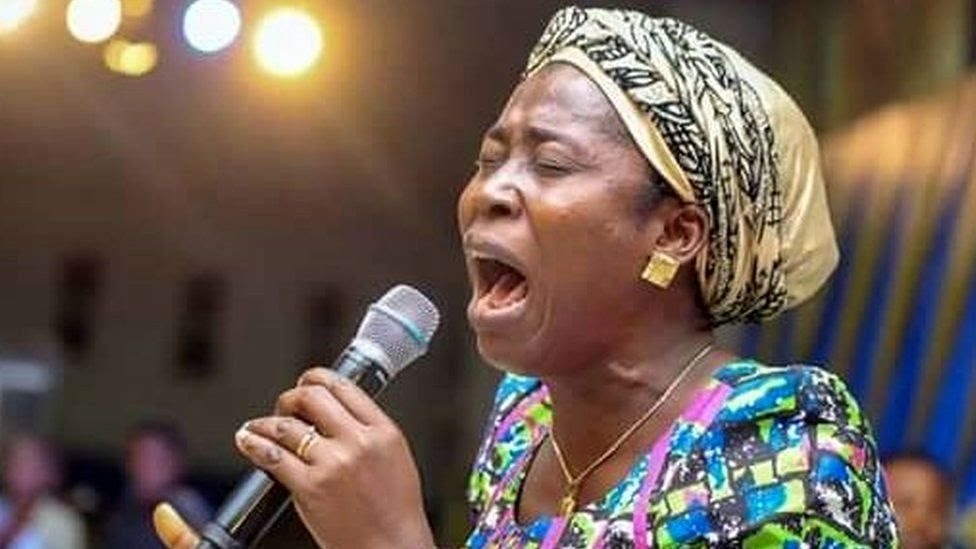 The absence of a judge of a Federal Capital Territory High Court on Thursday stalled the trial of Peter Nwachukwu, husband of the late gospel singer, Osinachi.

Justice Njideka Nwosu-Iheme had on June 3, ordered that Nwachukwu be remanded in Kuje Correctional Centre and fixed Thursday and Friday for hearing after he pleaded not guilty to the alleged homicide charge filed against him by the Attorney -General of the Federation.

He was therefore remanded pending the hearing and determination of the
23-count charge bordering on domestic violence and homicide instituted against him.

Although the defendant was in court, the judge however, was absent for Thursday’s proceeding and the court officials said they could not divulge the reason for her absence.

They in addition stated that the court had fixed June 20 and 21, for hearing.

Nwachukwu was arrested by the Nigeria Police after his wife died on April 8 following wide spread allegations by their children, family and colleagues that he battered her leading to her death.

According to the charge, the crime he allegedly committed contravenes Sections 104 and 379 of the Administration of Criminal Justice Act, (ACJA) 2015, Section 221 of the Penal Code and the Violence Against Person’s Prohibition Act (VAPP) 2015.

The charge read in part: “That you Peter Nwachukwu, 56, male, on the April 8 at Aco Estate, opposite Police Station, Lugbe, Abuja, FCT, within the jurisdiction of this court, did commit an offence to with: culpable homicide punishable with death in that you caused the death of Osinachi N.

“This was caused by your various acts of violence and aggravated assault with the knowledge that her death would be the probable consequence of your act.

“Particulars of offence: That you, Peter Nwachukwu, male, sometime between Nov. 14, 2009 and April 2022 at Aco Estate, opposite Police Station, Lugbe, Abuja, FCT, within the jurisdiction of this court, did commit an offence to wit: emotional, verbal and psychological abuse on Mrs Osinachi Nwachukwu (deceased).

“This was caused by humiliating her and making utterances like ‘you are smelling,’ ‘you are mad,’ to her in the presence of her music crew members.”

The statement of offence bordered on emotional, verbal and psychological abuse contrary to Section 14(1) of the Violence Against Persons (Prohibition) Act, 2015 and punishable under the same section of the Act.

The late gospel singer was popularly known for her song “Ekwueme”.