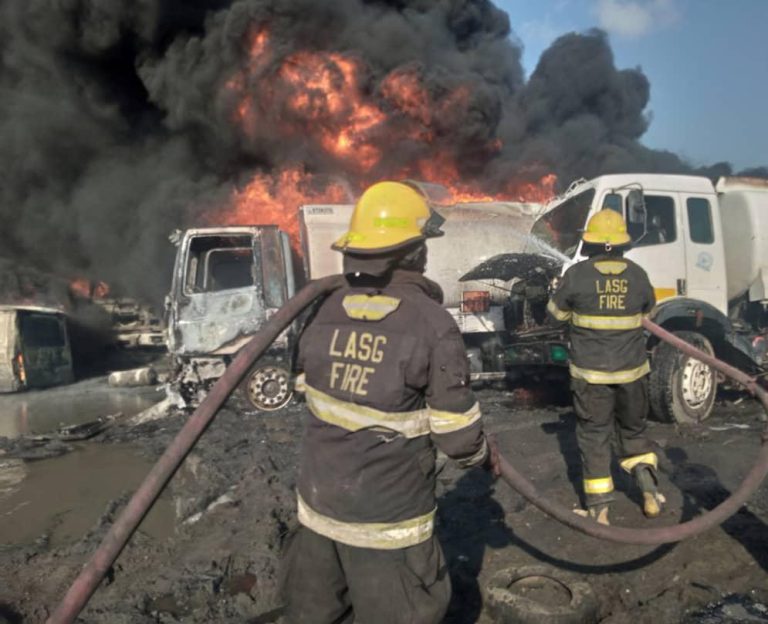 Emergency responders have been battling a raging fire at a mechanic village in Mile 2, near the Army Signal Barracks, in Lagos.

Farinloye said that the fire is believed to be caused by operations of a panel beater welding under a truck.

He added that the mechanic village contained several parked trucks.

“It is alleged to be caused by the careless operations of a panel beater welding under a truck.

”It was alleged that the fire outbreak was not taken seriously initially until it got out of hands,” Farinloye said

He said that fire fighters from both the government side and privately owned were on ground to assist in containing the fire.

According to him, others are fire fighters from Julius Berger Plc, United Bank for Africa Plc and the Nigerian Army.

He said that there was no life lost to the inferno.