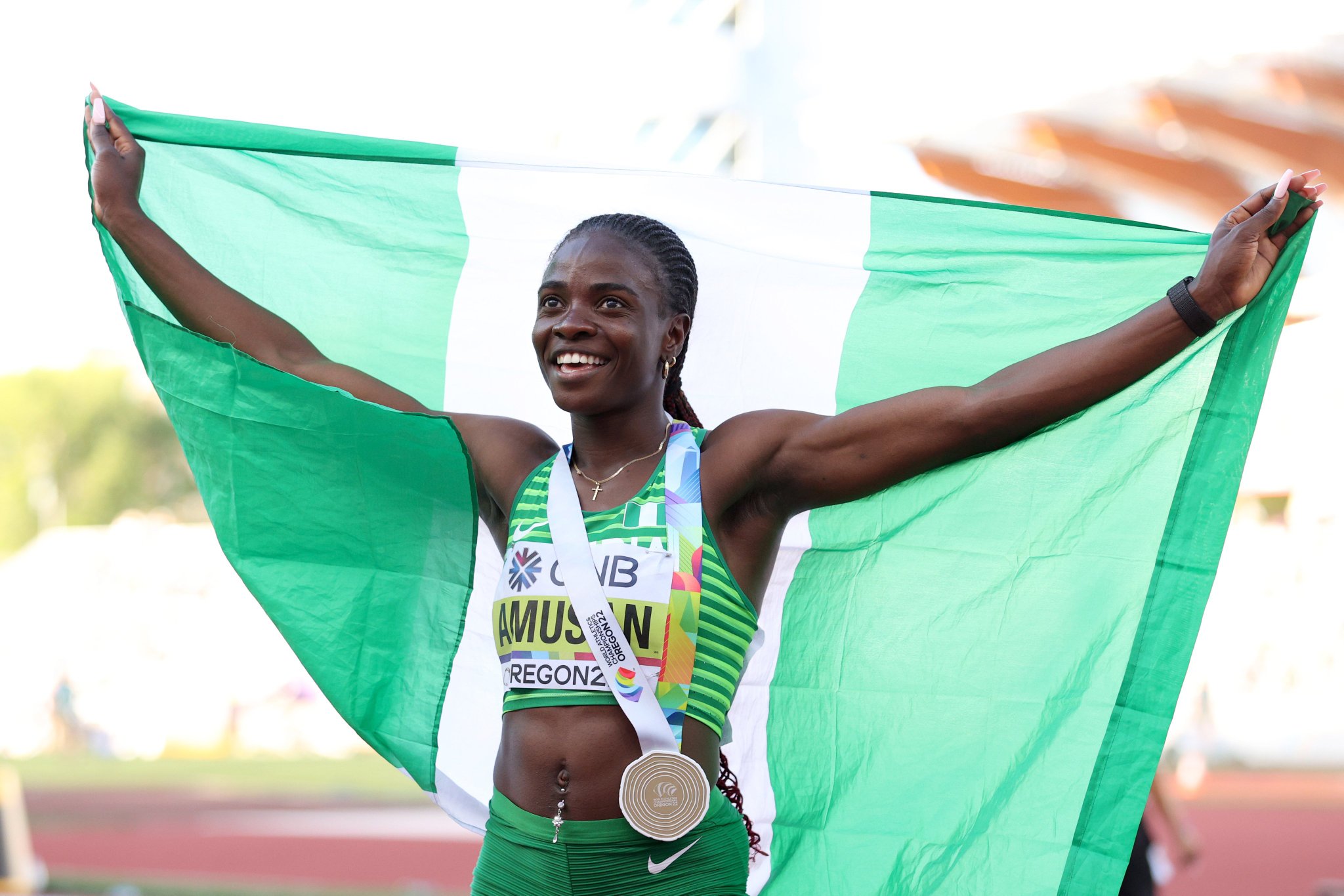 Tobi Amusan on Sunday won gold in the Women’s 100 metres hurdles at the ongoing World Athletics Championships in Oregon, USA.

Nigeria left her best for the last day of the World Athletics Championships in Eugene, Oregon, U.S. by winning a gold and a silver medal.

It was reported that the feat by the 25-year-old meant that she made history as the first Nigerian to win a world title and an unprecedented world record in one day.

Amusan first ran a blistering 12:12 seconds to shatter the world record of 12:20 seconds set by Kendra Harrison of U. S. in the semi-finals.

It was a race of contrasting emotions as former champion was disqualified as her race came to an humiliating end, while Jamaica’s Brittany Anderson (12.23 secs) and Puerto Rico’s Jasmine Camacho Quinn (12.23) settled for the silver and bronze respectively.

But as brilliant as their effort was, they all played second fiddle to Amusan who ran on lane four and became the first Nigerian to win a world title and an unprecedented world record in one evening.

The time in the final would however not be recognised as it was deemed to be well over the legal +2.0 wind assist allowed in Athletics

The latest feat served as a big consolation for Amusan after a disappointing Tokyo 2020 Olympics, where she narrowly lost the bronze medal to Jamaica’s Megan Tapper, when she placed fourth.

It was reported that Amusan was the 2018 Commonwealth and 2018 African champion in the event.

She is also a two-time African Games champion.

She won the Diamond League Trophy in Zurich in 2021 in the 100m hurdles.

In 2022, during Paris Diamond League, Amusan broke a record and became third in the world.

Team Nigeria would go on to celebrate another podium finish in the Long Jump, with Ese Brume’s extraordinary effort.

The Commonwealth and Africa record holder, long jumper Brume leapt over 7.02m to clinch silver medal, behind rival Malika Mihambo of Germany who jumped a record 7.12m for the gold medal.

It was also reported that Brume won a bronze medal at the 2019 World Championships and the 2020 Olympics in Tokyo.