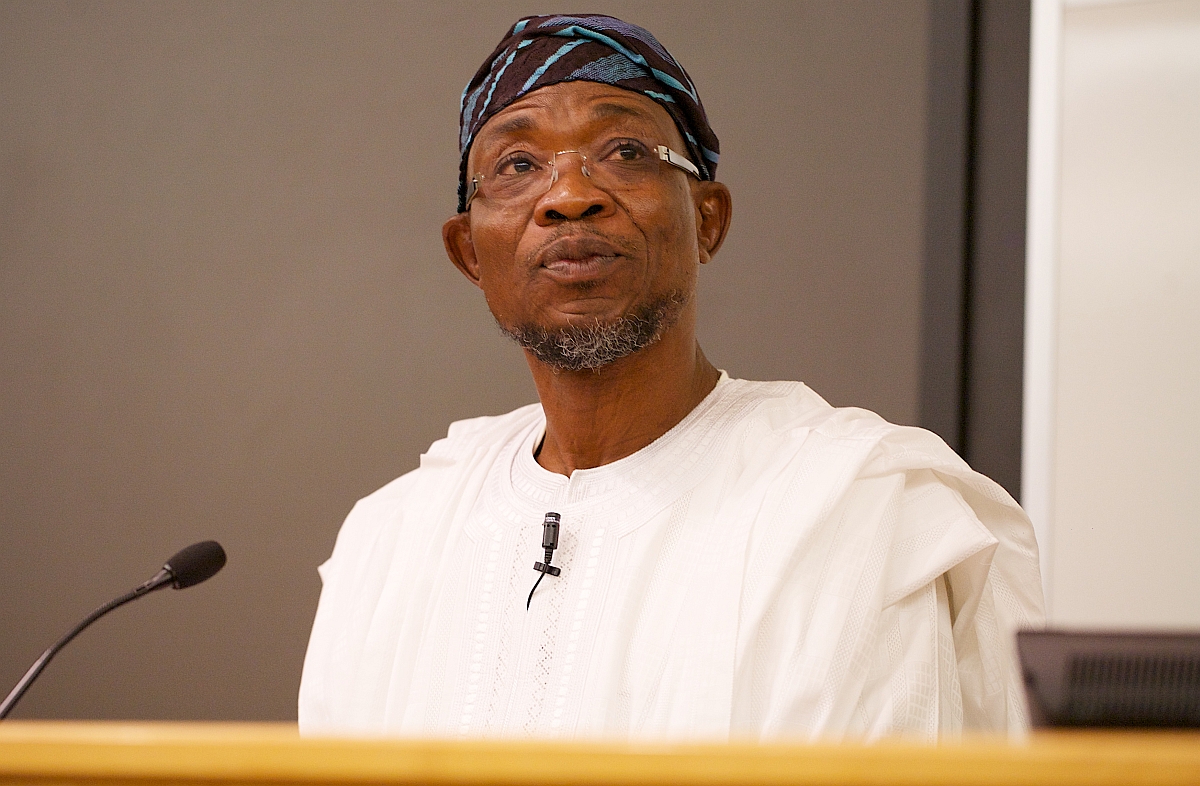 Nigerians in New York, U.S, have written the Minister of Interior, Rauf Aregbesola, suggesting three steps for the Federal Government to sustain the improvement achieved in providing adequate booklets to missions abroad.

The letter was jointly signed by Mr Francis James, a board member of the Organisation for the Advancement of Nigerians (OAN) and leaders of other 16 Nigerian associations.

It was reported that the associations had on July 5 wrote to Aregbesola informing him about the scarcity of passport booklets in Nigerian Consulates and embassies in the U.S.

A copy of the letter, made available to NAN in New York on Monday commended the minister for his timely intervention in making passport booklets available to Nigerian missions in the U.S., adding that the Consular Officers had responded very well to Nigerians seeking services.

“We must not allow ineffective processes to put Nigerians at odds with one another. Our Consular staff members deserve the support of our home government, to ensure they deliver good services to their fellow Nigerians.

“To ensure ongoing improvements, we are requesting your Excellency to Keep the commitment to provide adequate passport booklets to clear backlogs at all processing locations by August 31, 2022.

“To improve the passport processing chain, so from application to issuance is completed within a reasonable time frame of not more than three months.

“Also, to hold Innovate1services, the vendor managing the payment portal, accountable to improve their service and deliver a more customer friendly platform to Nigerians,’’ they stated.

By taking the above three steps, they believed that the Nigerian Community would be better served, friction between Consular and non-Consular Nigerians would be reduced, and Nigerians would not be apprehensive when applying for consular services.

According to them, Nigerian Consulate in New York in particular, has come a long way in improving consular services to the Nigerian community, and could be used as a model to improve services at other locations.

The associations, however, thanked the minister for responding to their initial call for the release of adequate passport booklets to enable Embassies and Consulates meet the passport demand of Nigerians in the diaspora.

“We commend your commitment to ensure enough passport booklets are supplied to clear backlogs by the end of August, 2022.

“We appeal to you to continue monitoring the situation, to make sure our Embassies and Consulates receive adequate passport booklets to clear their backlogs on or before August 31, 2022.’’

They also thank the minister and his team for increasing the number of daily appointment slots on the central appointment portal from 50 to 100, or to whatever capacity each Consulate and Embassy can handle.

It was reported that OAN had on June 29, held a virtual Town Hall meeting to discuss the challenges Nigerians faced in getting passports and deliberated on ways to address the challenges.

The meeting agreed that a letter would be written to the minister of interior and other key relevant officials to communicate the resolutions from the meeting.

Toyota to invest $1.8 billion in Indonesia to make electric vehicles