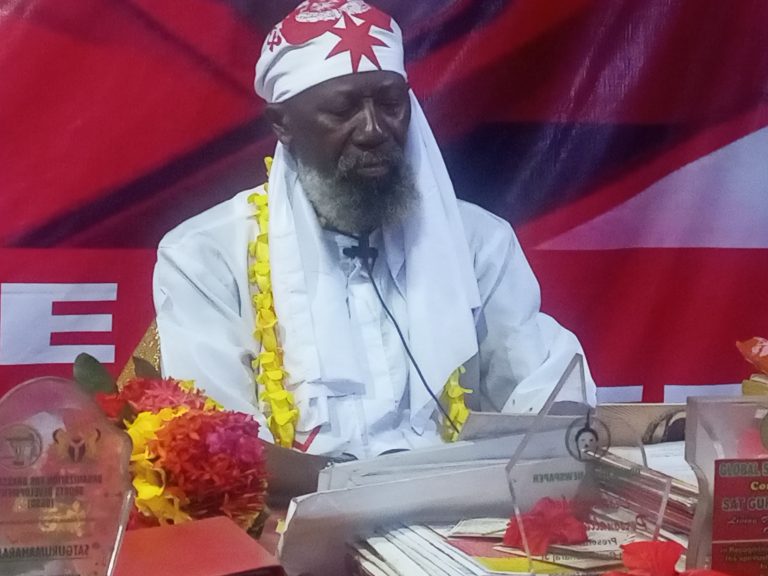 The Founder, One Love Family, Satguru Maharaj ji, has called on President Muhammadu Buhari to urgently dissolve the Federal Government negotiation team with the Academic Staff Union of Universities (ASUU) over non-performance.

Maharaj ji, in an interview our correspondent and on Friday in Ibadan, said that the ministers and others on the government’s negotiation team with ASUU leaders were not doing enough.

He said: “All the government negotiators, including the Minister of Labour and Minister of Education should be sacked immediately.

“They should be sacked by the president, because they are not doing anything to resolve the lingering crisis in the nation’s Ivory Tower.

“In their place, bring on board people like Femi Falana, NBA President, Prof. Woke Soyinka, among other notable and credible Nigerians, to negotiate with the striking lecturers.

“ASUU leaders too should be considerate in their demands in the interest of the future of our children.

“Because, our children are suffering as a result of the incessant strike in our nation’s education sector. ASUU president too should remember one thing that he is a parent.”

Maharaj ji, also urged the Federal Government to give ASUU members half of what they were demanding for, pending the completion of the negotiations in order to end the six months old strike.

“I recommend that the Federal Government should give the striking lecturers half of what they are asking for pending negotiation and after negotiation, it is either you add more or minus.

“ASUU being on strike is not okay; the strike has affected farmers, businessmen whose children cannot go to school and the whole nation’s economy is now suffering.

“Some of the undergraduate students are now into internet fraud; they are not ready to listen, they want to use iPhones, ride expensive cars and become rich over night.

“This is happening because of the strike and the structure to take care of them are not there.

“The children are suffering because they don’t have anywhere to go and no job to do pending the resumption of the strike.”

He, however, appealed to ASUU and Federal Government to reach amicable resolution in order to call off the strike and see that something tangible was done about it.

Mahaj ji said that calling off the strike would reduce the sufferings of the lecturers and their families, adding that a lot of things had gone wrong in the last five months of the strike.

He said that lecturers have families who depend on them for their survival and that these dependants would be affected in one way or the other as a result of the strike and unpaid salaries.

YABATECH has all requirements to become university — Registrar