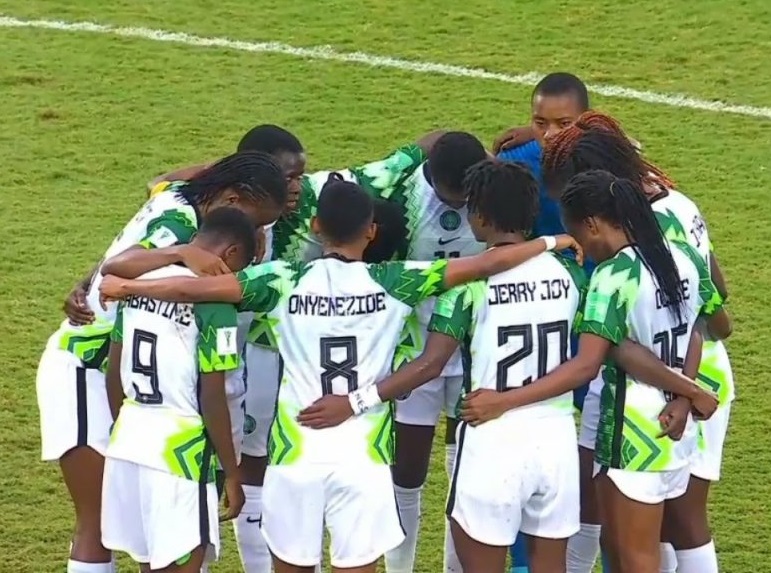 Poor finishing and hard luck did Nigeria in on Sunday to bow out of the ongoing FIFA Under-20 Women’s World Cup after a 0-2 loss to The Netherlands.

The Falconets could not reenact earlier round performances, which saw them winning all three group phase matches, in this their quarter-final match in Alajuela, Costa Rica.

Flourish Sabastine, who scored Nigeria’s winning goal against France in their Group C opening match, could not make hay in the seventh minute.

But four minutes later, the Dutch were ahead, when Zera Hulswit rammed a perfect dipping shot beyond Omini Oyono after pulling away on the counter-attack.

In the 15th minute, Sabastine again pulled away and let fly, but the ball was tipped away by impressive goalkeeper Claire Dinkla.

On the half-hour, Nigeria nearly got the leveller that their endeavour deserved when Deborah Abiodun seized the ball as the Dutch defence fell into confusion.

But her dipping shot from 25 metres rocked the crossbar and was then tipped away from the head of Chiamaka Okwuchukwu.

Only three minutes later, the Dutch doubled their lead after breaking through the right once more.

With team captain Oluwatosin Demehin and Omowumi Oshobukola in a fumble, Ziva Henry bundled the ball past Oyono.

Substitute Joy Jerry came close to pulling one back when her head met the ball from Rofiat Imuran’s cross in the 62nd minute, but the ball floated away.

In the second minute of added time, a Dutch defender handled the ball in the box as Nigeria poured forward.

But after consulting the Video Assistant Referee (VAR), Costa Rican official Marianela Araya overturned her own decision to award a penalty kick.

It was reported that defeat meant elimination for a team that had won all three group phase matches, scoring five goals and conceding only one.

The Netherlands will now meet Spain on Thursday in the first semi-final fixture, after the European side beat Mexico 1-0 in the first quarter-final match on Saturday.

Adidas says CEO Rorsted to give up his post in 2023