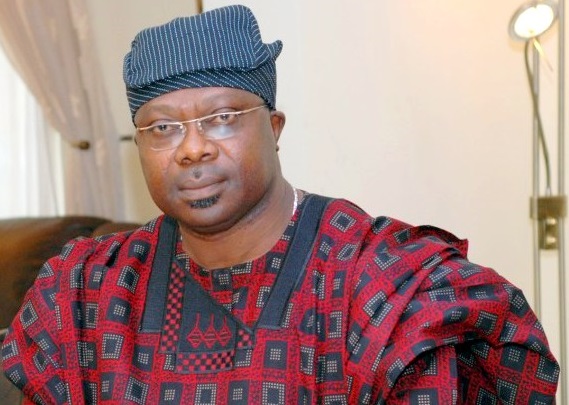 The All Progressives Congress’ (APC) National Secretary, Sen. Iyiola Omisore, on Monday, said there was no alternative to the ruling party’s 2023 presidential candidate, Sen. Bola Tinubu.

Omisore made this assertion when speaking with newsmen after he had a meeting with some leaders of the party at the APC secretariat in Lagos.

The APC scribe, who left before the conclusion of the meeting, urged members of the party and people in the South-West zone to rise up and work together to ensure the emergence of Tinubu as the next President of Nigeria.

“We have to vote Asiwaju Bola Ahmed Tinubu and APC in all elections. He is the only choice we have and that is the best we can have at this point in time.

“There is no alternative to him. How do you compare them? From where to where,” Omisore, a former deputy governor of Osun said.

He urged the people of the South-West and Nigerians to avoid deceptions, stressing “these are deceits and we must move away from deception”.

The APC leader said that the meeting was informed by the need strategise ahead of the 2023 general elections.

“Election is very near and luckily for us the presidential candidate for the party (APC) is from the South-West.

“We are working ahead of time to be proactive and to sensitise our people on the need to vote our candidate.

“Luckily for us, for the first time in recent years, we have a candidate coming from Lagos state.

“We have reasons to be voted for. We have landmass which we can point at. We are just looking as a party to strategise and plan ahead of our elections,” he said.

Omisore said that the party intends to showcase the achievements and capacity of Tinubu in the last 20 years and would do its best to sell its candidate and correct some of the wrong and erroneous narrative outside.

The APC national secretary said that Tinubu had done a lot to move Lagos state forward on all fronts and deserved to be elected president of Nigeria.

It was reported that the closed-door zonal meeting had many leaders of the party in the South-West in attendance.

Group promises to mobilise votes for Tinubu in S/East

Sule condoles with NNPP on death of supporters