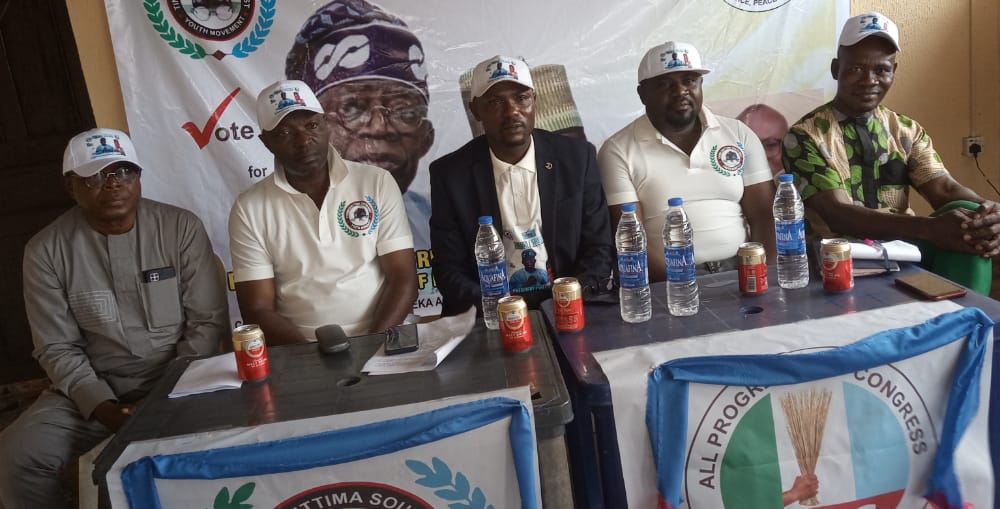 The Tinubu/Shettima South-East Youth Movement has promised to mobilise voters in the South-East for the Presidential Candidate of the All Progressives Congress (APC), Sen. Bola Tinubu.

The Convener of the political group, Chief Emeka Ugbuene, said this in a speech during the inauguration of the Enugu State executives of the movement in Enugu on Monday.

According to Ugbuene, Sen. Tinubu has shown great capacity to lead Nigeria and to turn the nation’s fortune around.

He said: “As a nation, the Igbos have suffered injustices. While some of these injustices are externally influenced, some of them are self-inflicted.

“The current political realities point to the fact that we have not played the best politics since the return of democracy in Nigeria in 1999.

“Other regions were smart enough to spread their interests in various political platforms; we decided to put all our eggs in one basket.

“This has come back to hunt Ndigbo as we, again, were unable to secure the ticket of the two major political parties in Nigeria.”

He alleged that the Peoples Democratic Party (PDP) had used and dumped the South-East people, adding that the people of the zone followed the PDP blindly.

The convener said that the group had decided to pitch its tent with the presidential candidate of APC to get “a real deal”.

He said that the group would deploy resources and everything possible to ensure that Tinubu won the 2023 Presidency, adding that it had decided to support the candidate with the best chance of winning.

“We also believe that Tinubu has the leadership qualities needed to transform Nigeria.

“We all are witnesses to how he transformed Lagos State. We are persuaded that Tinubu will do the same with Nigeria when he wins.

“Most importantly, Ndigbo will stand a better chance in the Nigerian political equation when Tinubu emerges through our efforts.

“We can stand in a better stead to negotiate and to be properly represented in the scheme of things. We call on all well meaning youths in the South-East to join this movement,” he said.

Ugbuene added that after inaugurating the state executives, then inauguration of the local government and ward executives in all the states of the South-East would follow.

“After these inaugurations, we will then go into aggressive mobilisation of voters in all nooks and crannies of the South-East for Tinubu’s victory,’ he said.

“No alternative to Tinubu”, Omisore tells electorate in S/West