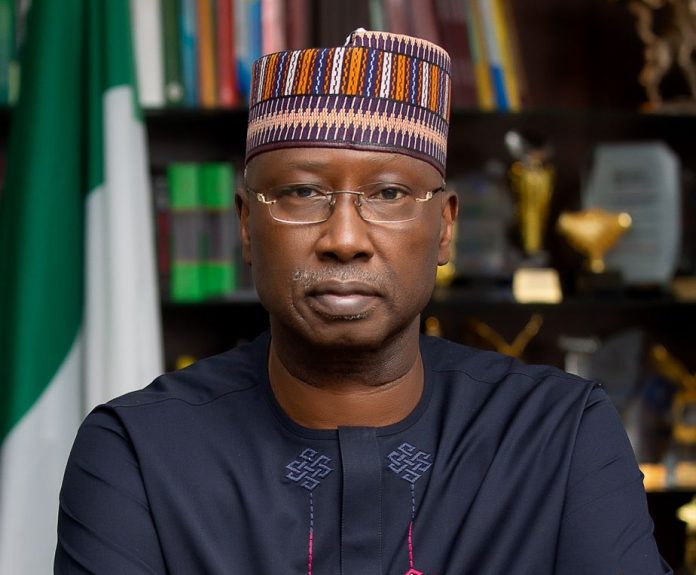 Mr Boss Mustapha, Secretary to the Government of the Federation (SGF), on Thursday says President Muhammadu Buhari is committed to the improvement of welfare Nigerians.

Mustapha said this at the 2023 Population and Housing Census Breakfast meeting with partners in Abuja.

He was represented by Dr Habiba Muda-Lawal, Senior Special Adviser to the President on Policy and Coordination,

“The Federal Government under the able leadership of President Muhammadu Buhari, is irrevocably committed to improving the welfare of the Nigerian people.

“Practical demonstration has been given to this commitment through formulation and implementation of landmark projects in education, health, economy, infrastructure and social investment drive,” he said.

Mustapha explained that the country’s policies and programmes were driven by the strong conviction that the people of Nigeria were the greatest asset in the development process.

He said: “Having an accurate and reliable headcount that provides detailed information on the size, distribution and characteristics of the population is an essential step towards harnessing their huge potential.”

Mustapha described the April 2023 Census, a historic moment for the nation that embody national aspirations and commitment to take the nation to the highest pedestal of development planning.

He, however, commended the partners for identifying with the Nigerian people, on the occasion as an eloquent testimony to the enduring partnership between the Government and People of Nigeria.

Kwarra who reiterated the commitment of the commission to a credible census, appealed for collaboration in providing the needed demographic data to facilitate and place the country on the pedestal of sustainable development.

He described the meeting as a good opportunity to discuss the journey so far on the preparation for the 2023 Census.

Kwarra said that the meeting was aimed at looking at the areas the commission would require assistance and support to bridge the funding gaps for the next census.

“The specific objectives of this breakfast meeting are, to solicit support and mobilise resources to bridge the resources gaps, promote robust national and international collaboration,” he said.

Kwarra said the commission had made remarkable steps in making the census a success, adding that preparations were in top gear to deliver a credible and reliable census.