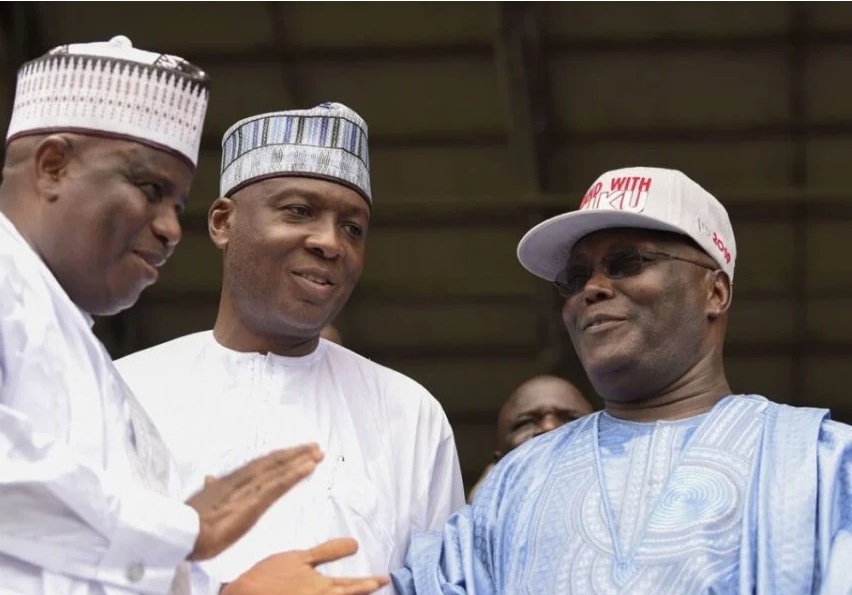 Ahead of the commencement of the 2023 election campaign on Wednesday, the presidential candidate of the Peoples’ Democratic Party and former Vice President of Nigeria, Atiku Abubakar has made key appointments of Special Advisers aimed at strengthening his presidential campaign team.

The appointees are former Senate Presidents, Dr. Bukola Saraki as Special Envoy to the presidential candidate and Senator Pius Anyim, as Special Adviser.

The appointments are to take immediate effect.

Atiku Abubakar charged the appointees to use their vast political experiences in ensuring that the PDP presidential campaign records resounding success in the 2023 election.

The former vice president’s campaign appointments come two days after the All Progressives Congress Presidential Campaign Council released a 422-man list of powerbrokers as members of the council tasked with the responsibility to ensure victory for the party’s presidential candidate, Bola Tinubu, at the February poll in 2023.

However, the list which has former ministers, serving governors, and some other heavyweights did not include Vice President Yemi Osinbajo, former Secretary to the Government of the Federation, Babachir Lawal; former Speaker of the House of Representatives, Yakubu Dogara; former Minister of State for Education, Chukwuemeka Nwajiuba, amongst others.

Osinbajo and Nwajiuba had contested the presidential primary of the ruling party with Tinubu, the eventual winner, whilst Dogara and Lawal have fiercely registered their opposition to Tinubu’s choice of a Muslim like himself as running mate.

Tinubu, a former governor of Lagos State, had announced a former governor of Borno State, Kashim Shettima, as his running mate, a development that stirred controversy with stiff opposition from some APC chieftains like Dogara and Lawal as well as the Christian Association of Nigeria.

However, some of Tinubu’s perceived opponents such as former Rivers State Governor, Rotimi Amaechi; and Minister of Interior, Rauf Aregbesola, made it to the list.

Amaechi, who was one of Tinubu’s challengers at the party’s primary earlier in the year, has been taciturn since he lost to the former Lagos governor. Tinubu had trounced Amaechi and Osinbajo at the primary with the former minister and VP coming second and third respectively.

Also, Aregbesola, one of Tinubu’s longtime allies, had caused a ruckus in the buildup to the Osun State Governorship Election when he accused Tinubu of betrayal. The inclusion of the name of the former governor of Osun State, however, came as a surprise to many.

Faleke also announced President Muhammadu Buhari as the chairman for the council with Tinubu as deputy chairman as well as APC national chairman, Abdullahi Adamu.