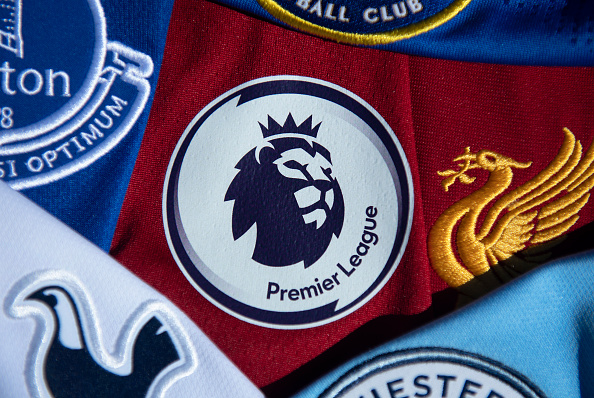 North London derbies are always feisty encounters but Saturday’s clash between Arsenal and Tottenham Hotspur will have an extra incentive, with top spot in the Premier League at stake.

Arsenal and Spurs have both enjoyed flying starts, with Mikel Arteta’s table-topping Gunners having won six of their first seven league games — their best start since 2007/2008.

Antonio Conte’s Tottenham are unbeaten, with five victories and two draws, their equal best start in the Premier League.

However, Spurs will have to overturn a horrid record at their neighbours if they are to leapfrog them and go top.

They have won at Arsenal only once in their last 29 league visits.

In spite of that statistic, Tottenham have swung the balance of power in north London.

They have finished above Arsenal for the last six seasons having spent the previous 21 ending up below them.

Arsenal had a golden chance to re-assert themselves last season when they were poised for a top-four finish at Tottenham’s expense.

But a 3-0 capitulation at Spurs in May allowed Conte’s team to sneak above them.

Tottenham have carried the momentum of last season and are now on a 13-match unbeaten streak in the league going back to April.

This is even if there is a suspicion that their results so far have been more impressive than some of their performances.

They will travel to The Emirates for the lunch-time kick-off in buoyant mood and with forward Son Heung-min back in form.

This was after a 14-minute hat-trick in Tottenham’s 6-2 victory over Leicester City in their last match.

Son had not scored this season before his explosive cameo against Leicester City and with Harry Kane already on six goals for the campaign, Arsenal’s defence faces a stern test.

This time last season Arteta’s Arsenal was just turning the corner after a dreadful start, but the Spaniard now looks to have instilled his blueprint on the team.

He has helped to bring a winning mentality to a young squad while Granit Xhaka looks re-born in Arsenal’s midfield.

Saturday’s clash will be a tactical battle with Arsenal’s probing, possession-based style up against the counter-attacking thrust of a Tottenham side happy to soak up pressure.

“It’s a specialty of Conte’s. With Son Heung-min now finding form, they could do damage to Arsenal,” former England striker Chris Sutton said.

If Arsenal win they will preserve top spot after eight games.

Any other result means Pep Guardiola’s Manchester City can climb to the summit with a win against Manchester United on Sunday.

In spite of the form of the north London duo, Manchester City already look favourites to retain their crown, especially with new signing Erling Haaland ripping up the scoring record books.

The Norwegian already has 11 goals in his first seven league appearances and if he maintains that rate, he will smash the Premier League record of 34 in a season.

Manchester United are on a four-match winning streak in the league but have not played a league game since beating Arsenal on Sept. 4.

They face a manic schedule of nine matches in October.

Liverpool also returns to action with a home game against Brighton & Hove Albion on Saturday knowing they have almost used up their margin for error after six games.

Graham Potter takes charge of his first Premier League game as Chelsea manager as they go to Crystal Palace.

Benzema back in training, feeling very good for weekend

Galaxy Backbone commits to partnerships with ICT coys in Nigeria