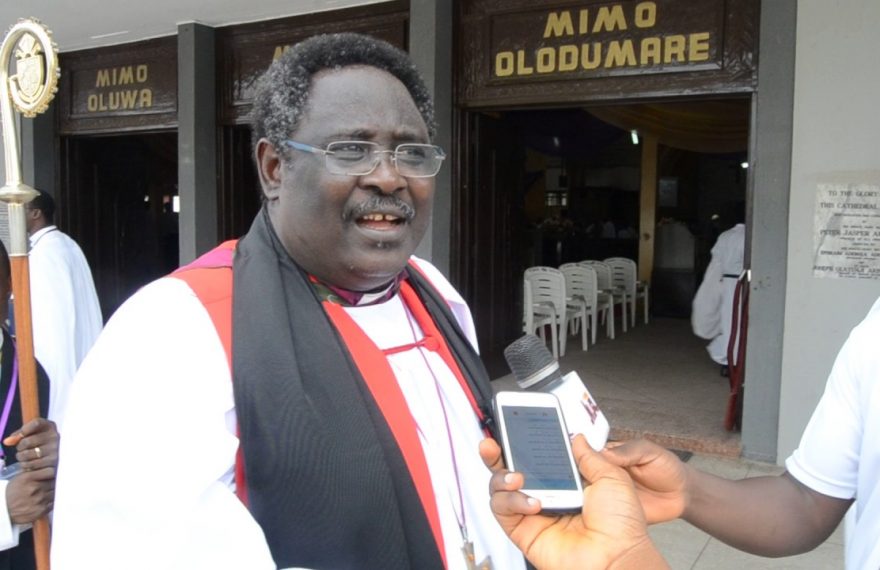 The Bishop, Ibadan Anglican Diocese, Most Rev. Joseph Akinfenwa, has called on all stakeholders to urgently tackle food and flood crises in the country.

Akinfenwa made the call at the 2022/2023 Oyo State Legal Year Thanksgiving Service held in Ibadan on Monday.

He said that continuous high cost of food items could worsen situation of things in the country and could affect efficient delivery of justice.

He called on the government and relevant stakeholders to come to the aid of farmers and states that were victims of flood recently.

According to him, a country where people are hungry will not record rapid progress, peace and security.

The cleric noted that tackling the high cost of foods and supporting farmers should be top priority for all stakeholders and governments at all levels.

“The bar and bench should be set for work this year. Let us unite and talk about the issue of food and not only law; a hungry man is an angry man,” he said.

As the country is entering into another electioneering year, the bishop urged the bar and bench to refuse to be biased and shun every form of patronage by politicians.

“You should do no injustice in judgment. Don’t be partial to the poor but rule in righteousness.

“Please don’t give justice to the highest speaker. Lawyers should not use their position to help people to pervert justice; we must restore confidence to this nation through our actions.

“Please continue to trust and please God and contribute to nation building. As you go into the new legal year, the Lord will stand with you and use you as vessels of honour,” he said.

Akinfenwa called on the Oyo State Government to work more toward the upliftment of the judiciary infrastructure due for upgrade.

“Our judiciary and people who go to courts have suffered long enough. Our judges need to work in a more befitting environment for efficient delivery of justice,” he said.

In his remarks, Gov. Seyi Makinde of Oyo State said the state government would continue to uphold the rule of law as economic prosperity thrived where there was peace and rule of law.

Makinde, represented by the Secretary to the Oyo State Government, Mrs Olubamiwo Adeosun, said the government was conscious of the sacrifice made by the judiciary to ensure peace and tranquility in the state.

The governor promised that the government would take proactive steps to ensure that the needs of the judiciary were met to ensure efficient justice delivery in the state.

He called on the judiciary to ensure free, fair and credible elections in 2023.

The Oyo State Chief Judge, Justice Munta Abimbola, said that the new year would be a remarkable one for the judiciary as there would be a proactive approach toward achieving effective justice delivery.

Abimbola said practice direction would be given for effective administration of criminal justice as judges would be assigned to handle particular sensitive cases.

On measures put in place to eliminate long writing in courts, he said virtual audio and visual recording instruments had been put in place in some courts.

“We have them already in courts 1 and 2 and before December, it will go round the courts by God’s grace. This will fast track handling of matters,” he said.

Abimbola also expressed his profound gratitude to God for granting them the grace to see another legal year.

The highlight of the event was the ceremonial parade by the chief judge and other judges.