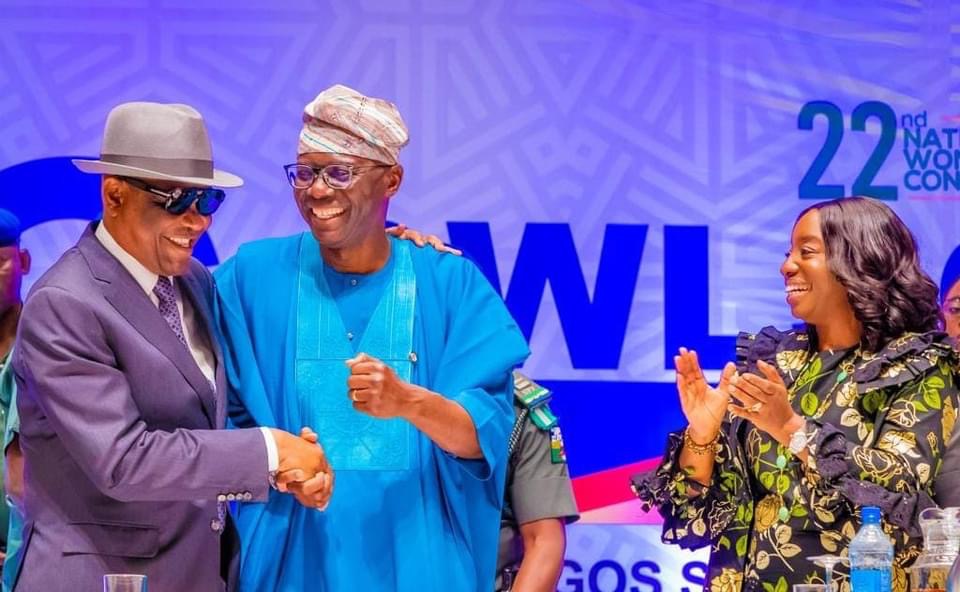 Gov. Babajide Sanwo-Olu of Lagos State has urged women to take their position among decision makers in all strata of the society.

Sanwo-Olu gave the advice during the 22nd National Women’s Conference, with the theme: “Spring Forth, Stand Out”, organised by the Committee of Wives of Lagos State Officials (COWLSO) in Lagos.

He said that they should emerge into better versions of themselves, to keep on breaking barriers and pushing frontiers, which would eventually lead them to taking their position among decision makers.

According to him, the success that the annual National Women Conference has become is an example of how an individual with a vision, and leadership can create change and transform a system positively.

”This edition tagged ”Spring Forth, Stand Out” is a clarion call for women to reinvent themselves in the face of the ”new normal” that we find ourselves.

”The effect of the COVID-19 pandemic created a new way of life that called for ingenious solutions to ensure that every facet of life is sustained.

“I know that our women have risen to the occasion, but more is required from you.

“I must express how much I am proud of the achievements of COWLSO especially in the way that they have stood by us and contributed to promoting the ideals and objectives of our administration.

“The various philanthropic and humanitarian activities of COWLSO in addition to their intervention in critical sectors such as health, education, environment, and youth development have continued to impact positively on the lives of Lagosians,” he said.

On his part, Gov. Nyesom Wike of Rivers State, who was the Special Guest of Honour at the programme, said that women were not second class citizens and should not be seen as being so.

Wike said that the womenfolk were very important in the transformation of any society, therefore, should be given the opportunity to exercise their capabilities.

He said that Nigeria was more likely to experience stronger economic growth when women were empowered.

According to him, there is a lot to learn from Lagos State, hence, his decision to attend the COWLSO conference.

“Lagos is doing better than many states in Nigeria, because it has allowed women to participate in inheritance, politics, governance.

“No society can progress with cultural practices that inhibit the growth of women,” he said.

Wike announced the sum of N300 million to support COWLSO to continue with its transformational works/projects.

In her welcome address, the Chairman of COWLSO, Mrs Ibijoke Sanwo-Olu, said that COWLSO is a community-based gender organisation established primarily to complement the efforts of the Lagos State Government.

Sanwo-Olu said that COWLSO assisted in bringing about exponential development, growth and generally improving the welfare of Lagos’ residents.

According to her, it is an avenue through which the wives of the officials of the state government promote child healthcare and education, empower women to discover their hidden treasures, and protect the environment, among others.

“The rationale behind this year’s theme is that after our Awakening from last year, an interrogation of our next phase is necessary for evaluation and consolidation.

“An awakening implies enlightenment, vision or direction but we must now move from vision to visibility and then integrity tests.

“The slogan: no woman, no nation is no truer in these times than any other as the world is almost gender blind to solution providers.

“The world is in need of solutions, and as women, we owe it to ourselves to emerge into better versions of ourselves, as we spring forth and keep pushing forward to make a positive difference.”